Antonio Sabato Jr. Is Running for Congress in California

According to the Los Angeles Times, the actor is challenging Julia Brownley

Antonio Sabato Jr. is running for Congress in California.

According to documents filed with the Federal Election Commission on Monday, the 45-year-old actor is challenging Rep. Julia Brownley (D-Westlake Village), the Los Angeles Times reports.

The L.A. resident will go against Brownley — who represents the southern central coast and most of Ventura County — in the 2018 election, according to the LA Times.

CNN reports that the actor was inspired to run for office throughout President Donald Trump‘s election cycle.

“Brownley is a very junior member in the minority party,” Charles Moran, who is Sabato Jr.’s top fundraiser, told CNN. “Contrast that against … Antonio Sabato Jr. … you have somebody who is a member of the majority party who has good relations with the Trump administration.”

“Being a Republican and with proximity to the White House and Republican leadership, he’s going to be able to get more done — being in the majority, with his notoriety, for the residents of the 26th [Congressional] District,” Moran told the LA Times.

Throughout the 2016 election, the former Calvin Klein model voiced his support for President Trump and took the stage at the Republican National Convention in Cleveland, Ohio, last July.

“It is refreshing to have a candidate like Trump who is so honest about his feelings because he speaks for many of us when he says we are in a bad place,” Sabato, Jr. told PEOPLE last year.

“I have never been a Republican or Democrat,” he continued. “I am an American.”

“I am not being paid to speak, I am passionate about improving the world,” the Italian-born entertainer – who moved to the U.S in 1985 — told PEOPLE prior to the convention.

“I look forward to meeting people like Ted Cruz and Rudy Giuliani. They are smart men who have a hard job,” he said, and added, “I thought show business was bad, but politics is worse.”

On Monday, Sabato Jr. took to Twitter and hinted at his running for Congress in two positive tweets.

“Never underestimate the power of the will , always follow your heart work hard and never listen to the negatives , always stay #positive,” he tweeted, and followed it with, “Whatever you decide to do in life , Do It with passion & conviction 2 be continued.”

Although Sabato Jr. is seemingly hopeful about his run for Congress, numerous Twitter users expressed their doubts.

“Dude are you serious running for congress wow good luck… what a joke!” one Twitter user posted.

“Old me: lolz Current me: He will win, ascend to the Presidency, and get us all killed,” another wrote.

“Seems narccissism is prerequisite for new GOP pols,” yet another tweeted about his running for Congress. 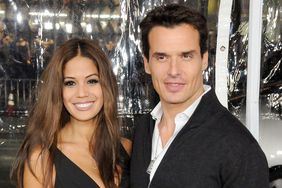 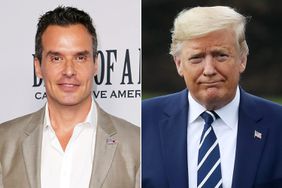