It was the film that was supposed to document Anthony Weiner‘s triumphant return to politics following an embarrassing sexting scandal in 2011.

Instead, the documentary Weiner ultimately chronicles the former congressman’s second and more permanent fall from grace in 2013 when the media – and wife Huma Abedin – discovered that Weiner had yet again engaged in questionable online behavior, sexting a 22-year-old woman named Sydney Leathers under the cringe-worthy alias “Carlos Danger.”

Stunningly, the cameras never stopped rolling as the events spun further and further out of the power couple’s control, culminating in a near-showdown between Leathers and Weiner following his dismal showing in the New York City Democratic mayoral primary.

But perhaps even more shockingly, the film offers an unexpectedly intimate profile of the relationship between Weiner, 51, and Abedin, 40 – the famously private longtime top aide to Hillary Clinton. The filmmakers were given unprecedented access to the couple at home with their young son, Jordan, and stayed with them as they weathered the crisis before ultimately splitting this week following a third sexting scandal.

What did we discover about the pair? Read on to learn more:

1. She’s the one who urged him to run for mayor after the first scandal.
Although the couple and those close to them admitted that their marriage was rocky after the first sexting scandal – despite trying to address it in therapy – Weiner said Abedin was ultimately the one who urged him to enter the New York City mayoral race in 2013, two years after he resigned from Congress.

“She was very eager to get her life back that I had taken from her,” Weiner says in the film, “to clean up the mess I had made, and running for mayor was the straightest line to do that.”

2. The pair lights up on the campaign trail.
In scenes that call to mind the bond between Bill and Hillary Clinton, the duo look happiest when they are campaigning together. Sitting in an unadorned campaign office, the pair work the phones to charm donors and motivate campaign workers.

“Hold this, babe,” she says sweetly as she hands her husband a cup of coffee in an elevator. At home, as he rises in the polls, the pair share giggles with their son.

“We went out campaigning together a couple times and she had a ball doing it,” he says. “We had been living in this defensive crouch for so long, and getting out of that felt right. Felt good.”

3. The tension between the pair is evident behind the scenes of that press conference.
The film takes a dramatic turn when reports come out about Weiner’s second sexting scandal. Initially, Abedin takes a businesslike approach to the news, speaking matter-of-factly about the timeline of events and when they first talked “about separating.” However, her anger is evident in her crossed arms and shakes of the head as she prepares to respond to calls to address the crisis.

Not long before that infamous press conference, she stares at Weiner icily for about 30 seconds before he asks the cameras to leave the room. Later, the pair emerge together to address the news, as Abedin stands beside her husband.

“When we faced this publicly two years ago, it took a lot of work and a whole lot of therapy where it could get to a place where I could forgive Anthony. But I made the decision that it was worth staying in the marriage,” she told reporters at the time. “I love him. I have forgiven him. I believe in him and we are moving forward.”

4. Huma’s pain after the second sexting scandal is palpable.

In gut-wrenching scenes, cameras show Abedin looking deeply pained at home. Trying to put on a brave face for her son, we see her holding Jordan as Weiner spoon-feeds him. Later, she sits crumpled in a chair as her son is with Weiner in another room.

5. Weiner is introspective about their bond – and about his flaws.

As the scandal continues, Weiner makes it clear he understands the pain he’s caused his wife. After the pair watch a rowdy segment between Weiner and MSNBC’s Lawrence O’Donnell, she leaves the room in disgust. “Sorry, I can’t,” she says.

Later, Weiner points to the television screen, which still features the men trading barbs: “Whatever the opposite of that is, is what Huma is,” he says.

“She must like that about you, right?” the filmmakers ask, wondering if she appreciates his feisty nature.

Weiner puts his head in hands in response. “No,” he mutters. “I think she might like me in spite of that.” 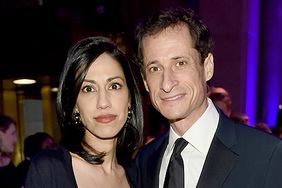 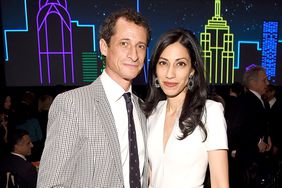 PEOPLE Review: Why 'Weiner' Is the Craziest Documentary You'll See This Year