Yet another woman is coming forward with allegations that Bill Cosby sexually assaulted her, adding her face and name to the growing list.

Angela Leslie is the latest woman to accuse Cosby of sexual harassment or worse.

“The main thing I want is for people to know who he really is,” Leslie, who has not filed criminal charges, said in an interview with the New York Daily News on Thursday. “He’s not this dad of America.”

Cosby’s lawyer Marty Singer did not respond to a request for comment on Leslie’s claims. He has previously slammed recent accusations as utter nonsense.

According to the account Leslie gave the Daily News, the model-actress met the comedian in 1990 and received two money orders, one for $700 and one for $800, with instructions to visit Cosby in California. She apparently fell ill and declined the trip, but two years later received an invitation from the “father figure” to visit him at the Flamingo in Las Vegas.

According to Leslie, after a driver delivered her to the hotel, she checked into her room before being called to visit Cosby in his suite. When she began speaking about her career aspirations, he called for an acting exercise.

“If you want to act, show me what you’ve got,” the actress recalls Cosby telling her. “Pretend you’re intoxicated.”

Leslie’s account closely resembles model-actress Barbara Bowman’s, given in interviews and in an online column for the Washington Post, who described a similar acting exercise given to her by Cosby.

Leslie goes on to describe Cosby giving her a drink, asking that she wet her hair and then fondling her in the hotel room. “With his hand on top of mine, he had me massage his penis,” she says. “He masturbated with my hand. I wasn’t pulling back. I was in shock.”

Leslie said she was unable to drink the cocktail and Cosby quickly tired of her. “Maybe since I didn’t pass out, he decided to get rid of me,” she says.

Cosby, 77, continued to ignore rape allegations while performing in the Bahamas on Thursday. He is scheduled to perform in Melbourne, Florida, on Friday.

“I just feel he’s been too quiet, not saying anything, not apologizing,” says Leslie. “He’s trying to pretend these girls are lying. It’s frustrating. He is that type of person, a predator. It doesn’t matter your age, he’s going to put his hands on you and degrade you.” 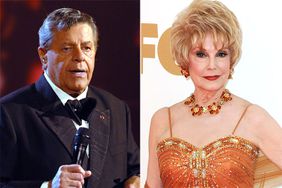 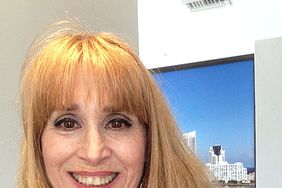