Daniel Smith, 20, did not die of natural causes, the Bahamas' coroner tells PEOPLE

The death of Anna Nicole Smith’s 20-year-old son, Daniel, in the Bahamas Sunday was not due to natural causes, PEOPLE has learned exclusively.

“The cause of death is not natural,” Her Majesty’s Coroner Linda P. Virgill tells PEOPLE. “However, we wish to reserve the cause of death at this time pending the toxicologist examination and report for confirmation of cause of death. Friday is the likely release date for the autopsy and toxicology report.”

Asked to clarify what causes of death are ruled out when a death is deemed “not natural,” she says, “At this point in time, there were no external injuries that appeared on the body. It’s difficult to give you something more without going into the full detail.”

Daniel Smith was found sitting upright in a chair after going to see his mother and his new half-sister in the private Doctors Hospital in Nassau, Reginald Ferguson, assistant commissioner of the Royal Bahamas Police Force, told reporters late Monday.

“It would appear from our report that the mother had gotten up, saw him in the chair and he appeared to be sound asleep. She tried to wake him up, he was unresponsive and she sounded the alarm,” Ferguson said.

During a press conference at Doctors Hospital on Tuesday, Barry Rassin, President and CEO of the hospital, expressed condolences to Daniel Smith’s family and friends. He also provided a more detailed timeline of Daniel’s stay at the hospital.

“We can confirm that Daniel Smith arrived at the hospital late evening, 11 p.m., Saturday Sept. 9. He spent the entire evening in the room and remained as a visitor with his mother and newly born sister,” said Rassin. “On Sunday, Sept. 10, at 6:20 a.m., it was noted by one of the associates that Daniel was attending to his mother’s comfort.”

Rassin went on to say that later in the morning Daniel was “observed to be asleep,” but at 9:38 a.m. a nurse was called and doctors were summoned after Daniel was found to be “unresponsive.”

After being given CPR “resuscitation efforts using advanced life support protocol continued for 22 minutes without response,” according to Rassin, who said Daniel Smith was pronounced dead at 10:05 a.m.

According to Virgill, a coroner’s inquest with a jury will take place, and Anna Nicole Smith will likely be asked for her testimony. “All persons who are relevant witnesses, like his mother and hospital staff and airline personnel who had contact with him, would have to testify,” Virgill says. “The inquest would happen late October or early November to determine how, when and by what manner Daniel came to his death.”

She continued, “The family wishes to return the body to the United States, but it won’t be released until the reports are in.”

Expanding on why an inquest is planned, Virgill tells PEOPLE, “This is standard procedure when there are sudden deaths and one should not imply foul play. It was not a natural death, but we reserve the cause of death until we receive the toxicology report.” 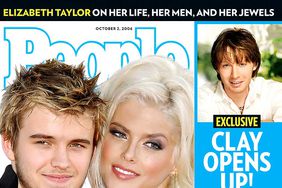 Tears of Joy, Then Sorrow