Smith was rushed to Memorial Regional Hospital after being found unresponsive in her hotel room at the nearby Hard Rock Hotel & Casino, where she was staying with her companion, Howard K. Stern.

“At 2:49 this afternoon we were advised by hospital personnel that Anna Nicole Smith died,” Seminole, Fla., police Chief Charlie Tiger told reporters. “Our thoughts and prayers go out to the family.” (Click here for CNN video of the police press conference.)

An autopsy was scheduled to determine the cause of death. Smith’s bodyguard attempted CPR before she was taken to the hospital, police said. Also, a nurse was in Smith’s room who made the call for help. It was not known why the nurse was there.

The tumult surrounding Smith’s life now intensifies in death. (For more on Anna Nicole’s life, click here.) Plunged into turmoil are efforts to determine her baby daughter’s paternity and the question of who will inherit her late husband’s estate, estimated at more than $1 billion.

“I’m just so sorry for her because I know she’s been in heavy depression over the loss of Daniel and nobody should have to endure what she’s endured,” Smith’s lawyer Ron Rale said Thursday. “She was a loving mother. I hope Anna is reunited with Daniel. To leave Danielynn in this world is just the most sorrowful thing I can think of.”

Dannielynn was not with her mother and Stern at the hotel, sources say, but was being cared for in the Bahamas by the mother of Shane Gibson, a high-ranking Bahamian official who is a close friend of Smith’s.

Stern, with whom she exchanged vows in a commitment ceremony on Sept. 28, “is just devastated,” Rale says. “He can’t speak.”

Before learning of Smith’s death, Rale told PEOPLE, “She hasn’t been well the past few days, she’s had cold and flu symptoms.”

On Wednesday, a Los Angeles judge had ordered Smith and Dannielynn to submit to a DNA test by Feb. 21. The test is tied to a paternity lawsuit filed by photographer Larry Birkhead, who claims he is Dannielynn’s father. Smith’s companion, Howard K. Stern, is listed as the infant’s father on her birth certificate.

After the news of Smith’s death, an emergency hearing was scheduled to occur in Los Angeles on Friday regarding the paternity of Dannielynn, PEOPLE reports. Birkhead’s attorney, Deborah Opri, wants to take a DNA swab from Smith’s corpse, which Rale calls “the lowest form of behavior I’ve ever heard of.”

Smith had been enjoying a vacation weekend at the Hard Rock Hotel. According to Julianne Carelli, the public relations and advertising manager at the hotel, Smith checked in on Monday night and was due to check out Friday.

Carelli says Smith was a “frequent guest,” celebrating her last birthday at the hotel and filming a TrimSpa video there.

When Smith arrived at the hotel, a witness tells PEOPLE, “she seemed a little woozy. She was walking straight but was being held up by Howard.” Then on Thursday afternoon, the same witness was in the lobby when Smith’s bodyguard ran in the building and to the elevator. “A few minutes later [Stern] ran out of the elevator [to the front desk.] He was frantic.”

Stern went back upstairs, the witness said – and minutes later, paramedics arrived. They returned and brought Smith out the front door. “There was a paramedic straddling her on the gurney pumping her chest,” says the witness.

“We’re shocked,” Kathleen Hart, who is married to Donald Hart, Smith’s stepfather “during her growing-up years,” tells PEOPLE. “We’re just in shock. On the heels of Danny’s death, it is hard to deal with.”

Smith’s cousin, Melinda Hudson, tells PEOPLE: “She was a great person – she had a great spirit. We used to do a lot of things together, we used to go get our nails done and our hair done. She was just a very spirited person.”

And Playboy founder Hugh Hefner said in a statement to CNN: “I’m very saddened to learn about Anna Nicole’s passing. She was a dear friend who meant a great deal to the Playboy family and to me personally. My thoughts and prayers are with her friends and loved ones during this difficult time.” Smith was a Playboy Pet of the Month in 1992 and a year later was the magazine’s Playmate of the Year.

Smith also rose to fame modeling for Guess jeans. “This is a very tragic and sad day,” the company’s CEO, Paul Marciano, said in a statement. “Personally I feel she did not recover from the loss of her son Daniel who was the love of her life.” And in an interview with CNN, he said “she had something magic.”

Visit PEOPLE.com for continued coverage of Anna Nicole Smith as the tragic story continues to develop. 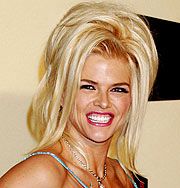 Anna Nicole Smith's Will Is Filed 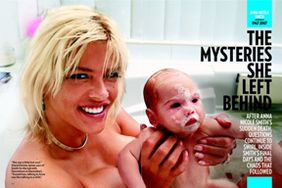 Court: Anna Nicole to Be Buried in the Bahamas