The famous family had the privilege of naming a new baby penguin at their local zoo in Seattle, Washington

Thou shalt be called… Eagle!

Chris Pratt and Anna Faris were bestowed with the privilege of choosing a name for a new penguin chick at their local zoo in Seattle, Washington – and son Jack got to have the final say!

In a video shared by the Woodland Park Zoo, the family announced the moniker in the most adorable way.

“Hi Woodland Park Zoo, we are so honored that we have been chosen to name your newest penguin addition, and so Jack has decided that we will name the baby penguin,” Faris says before Jack yells, “EAGLE THE PENGUIN!”

And the meaning behind the choice perfectly represents the famous Seattleites.

“Chris and I grew up in Washington state and we love bald eagles,” Faris explained. “We thought that a penguin with aspiration to fly might be really fun. We cannot wait to meet you Eagle!”

The Jurassic Park star later took to his Facebook page to write an aww-worthy dedication for Eagle.

“Anna and I grew up in the Pacific Northwest. I remember the awesome salmon and trout rivers, the bears, the elephants… Oh. I’m talking of course about the @woodlandparkzoo !! If you haven’t had a chance to check it out you really must. It’s such a well run and gorgeous facility,” Pratt penned.

“Who’d have thought that 15 some years later we’d meet in Hollywood, fall in love, get married, have a baby and that baby boy would be given the opportunity to NAME A PENGUIN CHICK [at] the zoo!? I mean come on!” 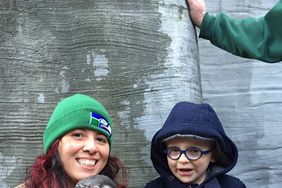 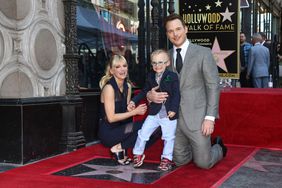 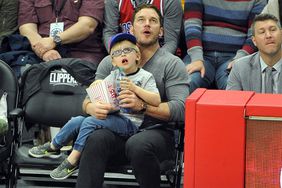