The couple, who began dating in June 2013, wed in an outdoor ceremony on the central California coast. The bride wore a Reem Acra dress with Vince Camuto shoes and Neil Lane jewels. Her wedding band was from Lorraine Schwartz. The groom wore Ermenegildo Zegna made-to-measure with Aldo shoes.

The bridesmaids wore Theia and Aldo Shoes and the groomsmen wore Men’s Warehouse and Aldo shoes.

Elizabeth Banks shared her excitement on the way to the nuptials, along with other Pitch Perfect stars.

Camp, 33, previously told PEOPLE that the wedding party would consist of seven groomsmen and seven bridesmaids, including Pitch Perfect costar Brittany Snow. As for the look, “we’re thinking different shades of pinks and peach,” revealed Camp. “I want the colors to feel very nature-friendly, but very vibrant and lively. It’s fresh and also romantic. I want it to feel like you’re walking into Romeo and Juliet’s beautiful fantasy.” Ultimately, the couple went with linens provided by La Tavola Fine Linen Rental.

And Astin, 28, had plenty of input in the planning, said Camp. “We do everything together. It’s really sweet.”

Camp spoke to Glamour in 2014 about meeting Astin for the first time. “We were friends first and just hit it off,” she said. “He’s literally my best friend. He’s a magical person.”

The pair got engaged over the New Year’s holiday weekend earlier this year while they were on vacation in Hawaii.

The pair announced the news in double Instagram posts, with the beaming couple showing off Camp’s massive diamond ring. 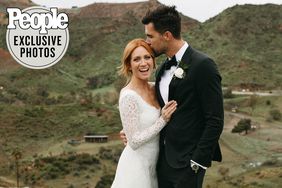 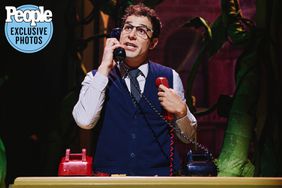