The actress travels to the Asian country, sans Brad, to work on an anti-poverty project

Angelina Jolie and Brad Pitt may be setting up house in New Orleans, but Jolie wasn’t there last week – she was in Vietnam.

The actress traveled to the Asian country to take a meeting on behalf of the Maddox Jolie-Pitt Project, her charity aiding her son’s native country of Cambodia.

In particular, Jolie is interested in a project to help subsistence farmers grow and sell bamboo, a business that, Bognar says, could increase their monthly income from $25 to $100-300. Bamboo crops also filter toxins from water and help stem soil erosion.

Despite Internet rumors, Pitt was in New Orleans, where he’s filming The Curious Case of Benjamin Button, and couldn’t make the trip – and Jolie was not in Vietnam for another adoption.

Now the actors, along with kids Maddox, 5, Zahara, 2, and Shiloh, 7 months, are back together in the Big Easy, where Pitt and Jolie recently bought a six-bedroom, $3.5 million house.

Pitt is also been working on a development project of his own in the city: He worked with the environmental organization Global Green USA to find an Earth-friendly plan for rebuilding neighborhoods ravaged by Katrina – a project that is on track to begin construction in February or March. 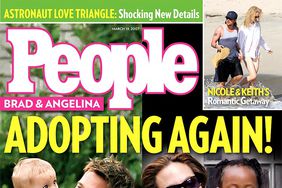 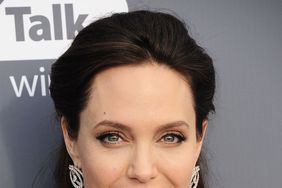 Angelina Jolie on Crying in the Shower, Baby Maddox, Menopause and More in Candid Interview