Angelina Jolie may be busy filming in Cambodia, but she found time to do a little shopping with her hubby Brad Pitt.

The 40-year-old actress was spotted on Sunday at an outdoor market with Pitt during their trip to the country.

A photo of the shopping trip shows Jolie Pitt in a strapless, white dress with a few garments hanging over her arm. Pitt, 51, appears behind her in tan pants, a white shirt and hat.

The two are currently in the country as Jolie Pitt films First They Killed My Father: A Daughter of Cambodia, a film based on the memoir by author and human rights activist Loung Ung about the brutal Khmer Rouge regime of the 1970s.

The 40-year-old also showed off her latest ink while attending the festival.

The couple’s son, 14-year-old Maddox, who was born in the country, is also involved in the film’s production, along with his brother Pax.

The mother of six previously told PEOPLE that Maddox is helping with research for the film while Pax takes still shots on set.

She told the Associated Press that the movie will help teach Maddox about his heritage.

“This is the time for our family to understand all that means to him and us. My desire to tell this story in the most truthful and accurate way possible will be my tribute to the strength and dignity of all Cambodian people.” 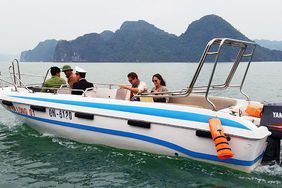 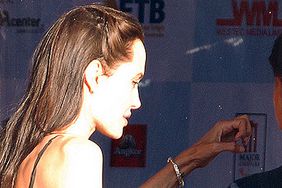