"I went through what I imagine thousands of other women have felt," the actress writes in a New York Times op-ed piece

It was the phone call every woman hopes she never gets.

After having a preventive double mastectomy two years ago to reduce her risks of getting cancer, Angelina Jolie – who lost her mother, grandmother and aunt to the disease – got a call from her doctor two weeks ago with results from a recent blood test. As she writes in a New York Times op-ed piece published early Tuesday, the doctor told her that the test showed markers that could be a sign of early cancer.

“I went through what I imagine thousands of other women have felt,” Jolie, 39, writes. “I told myself to stay calm, to be strong, and that I had no reason to think I wouldn’t live to see my children grow up and to meet my grandchildren.”

Jolie called her husband, Brad Pitt, who was on a plane within hours. “The beautiful thing about such moments in life is that there is so much clarity. You know what you live for and what matters. It is polarizing, and it is peaceful,” the mother of six writes.

That same day Jolie went to see the surgeon who had treated her mother Marcheline, who died in 2007 of ovarian cancer.

She waited another five days for test results that would reveal whether there was cancer somewhere in her body. “I passed those five days in a haze, attending my children’s soccer game, and working to stay calm and focused.”

Finally the results came and she learned that the tumor test was negative. “I was full of happiness, although the radioactive tracer meant I couldn’t hug my children,” she writes. “There was still a chance of early stage cancer, but that was minor compared with a full-blown tumor. To my relief, I still had the option of removing my ovaries and fallopian tubes and I chose to do it.” It was no small decision on her part because removing her ovaries would push her into forced menopause.

Jolie, who carries the BRCA1 gene mutation that predisposes her to cancer and prompted her to have a double mastectomy in 2013, stresses in the op-ed that the decision she came to is not for everyone. “The most important thing is to learn about the options and choose what is right for you personally,” she writes.

The actress adds that she had been planning on having the procedure at some point in the future because her doctors had recommended preventative surgery about a decade before the earliest onset of cancer in her female relatives. “My mother’s ovarian cancer was diagnosed when she was 49. I’m 39,” she writes.

So last week Jolie had “a laparoscopic bilateral salpingo-oophorectomy.” The surgery revealed a small benign tumor on one ovary but no signs of cancer in the other tissues. She chose to keep her uterus because there is no history of uterine cancer in her family.

She now wears a small clear patch that delivers bio-identical estrogen and has a progesterone IUD inserted in her uterus that will help her maintain a hormonal balance.

“Regardless of the hormone replacements I’m taking, I am now in menopause,” she acknowledges. “I will not be able to have any more children, and I expect some physical changes. But I feel at ease with whatever will come, not because I am strong but because this is a part of life. It is nothing to be feared.”

Jolie says that having the surgery has not removed all risk: “The fact is I remain prone to cancer.” She writes that she is looking for natural ways to strengthen her immune system.

“I feel feminine, and grounded in the choices I am making for myself and my family,” she continues. “I know my children will never have to say, ‘Mom died of ovarian cancer.’ ” 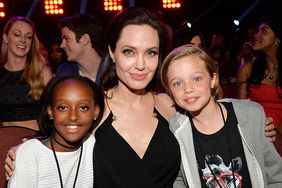 Angelina Jolie and Brad Pitt Are Not Adopting from Syria 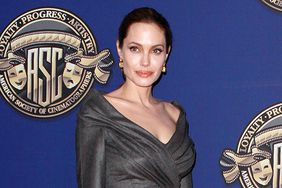 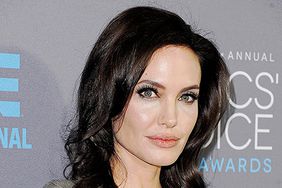 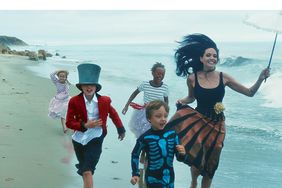 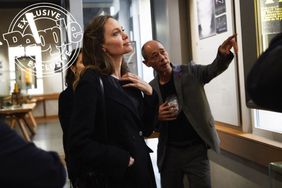