Despite her increasing ties across the pond, Angelina Jolie will not be moving to London after her divorce from Brad Pitt, a source tells PEOPLE.

The British capital has become a hub for Jolie’s humanitarian efforts, as she continues to work closely with British foreign policy experts Chloe Dalton and Arminka Helic.

The trio have set up a partnership – called Jolie Pitt Dalton Helic – to work on issues ranging from women’s rights to refugee issues, health, education, international justice, and violence against women. “We have been officially working together for a year and are very much looking forward to continuing our joint efforts on our shared international interests,” Jolie previously told PEOPLE.

In addition to her humanitarian work, the longtime Special Envoy for the U.N. Refugee Agency is still set to teach at the London School of Economics. She will join the faculty as a visiting professor for a new masters’ program focused on women, peace and security, PEOPLE confirmed, and she’ll begin teaching there in 2017.

While she is not ready to make the city her home base, a separate source tells PEOPLE that Pitt and Jolie’s London rental home is being kept ready for the family.

Pitt will likely be spending more time in London as well. He’s in pre-production for a sequel to 2013’s blockbuster World War Z, which like the first movie will likely be filmed in England and around Europe. According to Variety, filming is set to begin in early 2017.

Jolie filed for divorce last week from Pitt after two years of marriage and 12 years together. She is seeking sole physical custody of the couple’s six children: Maddox, Pax, 12, Zahara, 11, Shiloh, 10, and 8-year-old twins Knox and Vivienne.

PEOPLE has confirmed that Pitt is being investigated for child abuse by the L.A. County Department of Children and Family Services after he allegedly got verbally abusive and physical with his and Jolie’s oldest child, Maddox, 15, during a flight on the couple’s private plane.

A source with knowledge of the situation told PEOPLE that Pitt did not hit Maddox, but “made contact” with him “in the shoulder area.” The source says there was no sign of physical injury on Maddox.

The Pitt source said the actor is fully cooperating with the investigation, which has been referred to the FBI under special aircraft jurisdiction since the incident occurred mid-flight, and that the actor “takes the matter very seriously.”

A source close to the actor told PEOPLE on Saturday that it does not seem likely at this time that the FBI will be recommending further investigation into the matter. 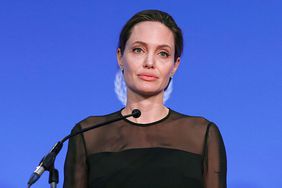