Angelina Jolie: Brad and I May Want Up to 14 Kids

Angelina Jolie and Brad Pitt already have four young children – but they may not be planning to stop there.

On Thursday’s Daily Show, Jon Stewart wondered how many kids Jolie wanted in all, asking: “How high we going, you think?”

Replied Jolie: “It fluctuates between seven and 13 or 14.” The audience howled and Jolie laughed, and Stewart said, “Wow, I’ll tell you this: I admire that, because two is kicking my ass.”

Jolie quipped: “Yeah, I understand that. Four is kind of kicking our ass, but we kind of feel like, ‘Damn it, we’re up for the challenge!’ ”

The actress, 32, has been in New York City promoting her and Pitt’s new movie A Mighty Heart, which premiered Wednesday.

Stewart asked Jolie about a FOX News story claiming that journalists at a junket on Wednesday had been asked to sign a contract before talking to her requiring that they not ask about her personal life – a common request at press events.

“There was a memo that went out to ask people if they would sign it that said, ‘Don’t get into personal questions, focus on the movie,’ and things like that,” Jolie explained. “It was from my representative trying to be protective of me, but it was excessive and I wouldn’t have put it out there.”

On Thursday, Jolie’s lawyer, Robert Offer, issued a mea culpa, telling The New York Times the document was the fault of a “bone-headed, overzealous lawyer” – himself – and that Jolie hadn’t been aware of it.

“This was my creating something to protect her from the press’s talking about personal matters, a document that would limit discussion to the film,” he said. “But it was drafted overly broadly. It was well intended, but I understand how it was received.”

Also on Thursday, Jolie appeared on CNN’s Larry King Live, where she described raising the latest addition to her family, 3-year-old Pax Thien, whom she adopted from Vietnam in March (he joined Maddox, 5; Zahara, 2; and Shiloh, 1). “He’s wild. He’s beautiful and wild,” she said.

“He had no freedoms for three and a half years. … He lived in the same place on the same cot along with 20 other cots and did things at the exact same time and had no chance to have an opinion himself or do – he lived a very structured life. But he’s also suddenly very free.”

She explained that her new son’s name was suggested by her own mother, actress Marcheline Bertrand, before her death from ovarian cancer in January. “My mom wrote a list of names when we were going to have Shiloh,” said Jolie. “One of the names that she suggested was Pax because it meant peace. [But] he’s anything but at the moment.” 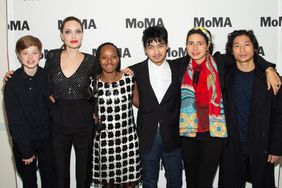 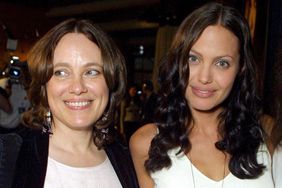 Angelina Jolie on The Daily Show with Jon Stewart 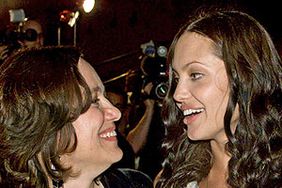 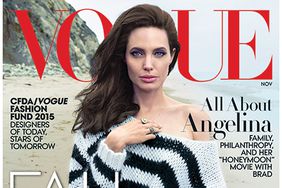 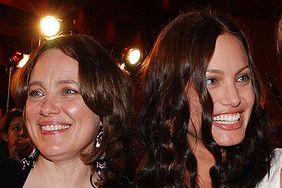