The family that once held the largest private fortune in America has suffered yet another bizarre and tragic misfortune with the death of Andrew Rork Getty, who was found dead at his Los Angeles home on Tuesday.

The grandson of oil tycoon J. Paul Getty was discovered “halfway in the bathroom in the hallway,” L.A. coroner Ed Winter tells PEOPLE. “He was partially clothed and it looked like he was trying to get to the bathroom.”

Winter says Andrew, 47, had told his assistant he was feeling ill several days earlier, and believes the cause of death was “probably gastrointestinal bleeding inside.”

“He had been uncomfortable for about two months and finally made an appointment with a doctor for today but he didn’t make it,” he says. “He wasn’t able to make his appointment.”

Prescription drugs were found at the scene, although it is still unclear what Getty was being treated for.

As for the heir’s reported drug problems, the coroner believes “he had been clean and sober for some time.”

“This does not appear immediately to be a criminal act,” Commander Andrew Smith, a Los Angeles Police Department spokesman, told the Los Angles Times.

However, the woman who discovered the body, Getty’s ex-girlfriend Lanessa DeJonge, had been ordered by a judge to stay away from the home, according to a restraining order filed by Getty and obtained by PEOPLE.

Andrew’s mysterious death is just the latest chapter in the long and scandalous history of one of America’s richest dynasties.

The family patriarch, J. Paul Getty, made a fortune at the turn of the 20th century working on his father’s oilfields. Already a millionaire by the age of 25, he briefly retired to Los Angeles in 1917, according to The Washington Post.

Returning to the oil fields two years – and three failed marriages – later, Getty cleverly consolidated oil leases in the Mid West during the Great Depression, and by 1957 he was considered to be one of the richest men in the world, Forbes reports.

Despite coming out of his early retirement, Getty never gave up his playboy lifestyle. He married and divorced five different women throughout his life, and was rumored to have countless other affairs. He also gained the reputation of a miser, who didn’t believe in the merits of philanthropy and even installed a pay phone in his mansion, as he admitted in an interview with BBC.

Getty also became infamous for his personal tragedies, beginning with the untimely death of his youngest son, Timothy Ware Getty, who died of a brain tumor at the age of 12 in 1958.

In 1971, Talitha Pol, the wife of Getty’s third oldest, Eugene Paul Getty – who later changed his name to Sir John Paul Getty – died of a heroin overdose. Pol and Sir John Paul had previously posed for the iconic Marrakesh photo taken in Morocco in 1969, which was later featured in Vogue magazine.

The kidnappers demanded a $17 million ransom, but his father didn’t have the resources to pay. Sir John Paul begged his billionaire father to save his son, but the family patriarch refused, reasoning that negotiating with terrorists would put his other 14 grandchildren at risk.

Only when the kidnappers mailed his grandson’s severed ear and a lock of hair to an Italian newspaper, did the billionaire consent to a negotiated ransom of $2.2 million.

Coincidentally, the same year of the kidnapping, Getty Sr.’s oldest son, George Franklin Getty, died of a cocktail of drugs and alcohol, in addition to an self-inflicted stab wound.

Despite being saved from abduction, Getty III never fully recovered from the experience. In 1981, he barely survived a drug overdose, leaving him near blind and in a wheelchair until his death in 2011 at the age of 54.

After the kidnapping, Getty III’s father, Sir John Paul, sunk deeper into depression, and eventually checked himself into a London rehab in 1984. During his stay, he received a personal visit from then Prime Minister Margaret Thatcher. Sir John Paul finally learned to manage his depression and died at the age of 70 in 2003.

Even the most respected and accomplished heirs to the Getty fortune seem to be mired in controversy.

Gordon Getty, son of J. Paul Getty and father of Andrew Rork, was an esteemed musician and socialite living in San Francisco, when it was revealed he had three children out of wedlock in 1999. Gordon is still married to his wife, Ann Gilbert.

Toxicology on Andrew’s body will not be available for another six weeks, but regardless of the results, his death marks the end of another sad chapter in the Getty family history book. 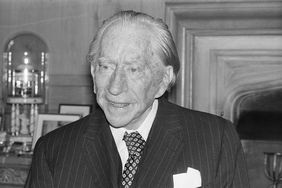 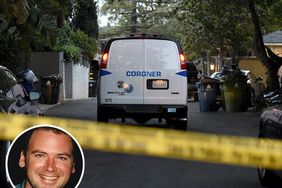 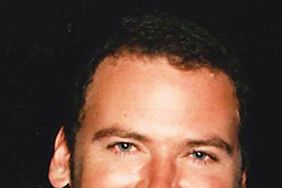 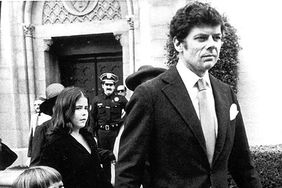 How Andrew Getty Was Haunted by His Cousin's Kidnapping 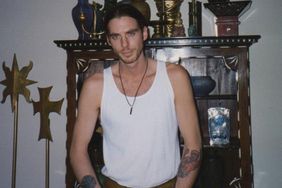 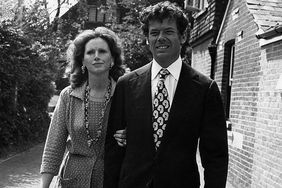