Amy Winehouse: How She Paved the Way for Other Pop Stars

The first time I saw Amy Winehouse was at Joe’s Pub – an intimate, cabaret-style setting in Manhattan’s East Village – in early 2007. Even before the release of her game-changing album Back to Black a couple months later, there was already so much buzz about this soulful, saucy Brit with the beehive. And with celebs like Jay-Z in the house, you could feel something special in the air that night. Winehouse didn’t disappoint, filling the room with a smokiness even when no smoking was allowed.

As she brought life to the bad-girl drama of her songs, it sometimes felt as if she were teetering on the edge. This was no act.

Sadly, the same darkness and demons that made Winehouse’s music so compelling would prove to be her undoing, as the world watched her spiral out of control even as she won international acclaim. Once a sort of joke to some, the rebellious “no, no, no” refrain of her signature hit “Rehab” – which won her three of the five Grammys she took home in 2008 – became all too real. Just as telling was the Etta James-esque “You Know I’m No Good,” on which Winehouse seemed to foreshadow her own downfall: “I cheated myself / Like I knew I would / I told you I was trouble / You know that I’m no good.”

Despite her death on Saturday, Winehouse’s legacy will live on – no doubt she has been one of the most important figures in pop music this millennium. Her jazzy retro-soul sound spawned a wave of old-school singers, many from her native U.K., including Duffy, Estelle and, most notably, Adele. Indeed, if it weren’t for Amy, it’s hard to imagine that Adele’s 21 would be the biggest-selling album of 2011, or that a bluesy torch song like “Rolling in the Deep” would land at the top of the charts in the U.S. The new British invasion that Winehouse led would also extend to acts like recent breakout Florence + the Machine.

Eerily, Winehouse died at 27, the same age that music legends Janis Joplin, Jimi Hendrix, Jim Morrison and Kurt Cobain also passed away far too soon. We’ll always wonder what more she could have done, what that follow-up to Back to Black would have sounded like. Certainly, Back to Black will go down as a classic, even more so now that it is the last music we’ll hear from Winehouse. But I, for one, will find it harder to listen to now, knowing that she will never find the happiness that eluded her in those songs. Maybe she will find that peace in the next life. 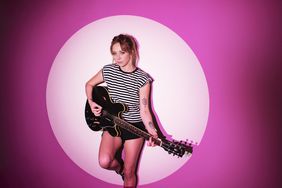 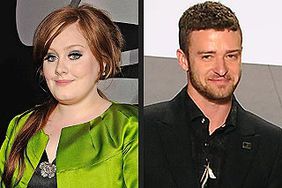