Located near the Beverly Hills Hotel, the house welcomed President Obama in June

It’s not every house – or couple – that can welcome Reese Witherspoon, Jane Lynch and Julie Roberts to dinner all on the same night, but Glee, American Horror Story and The New Normal creator Ryan Murphy and his husband, photographer David Miller, did just that, when in June they hosted the $40,000-a-plate dinner for President Obama.

Of course, besides great connections, it also helps to have a $10 million showplace to call home, which the couple – who wed last 4th of July – also have, as seen in The Hollywood Reporter‘s first-ever Home Issue.

Located near the Beverly Hills Hotel, the Spanish Colonial residence was first built in 1927 and last owned by Diane Keaton. Murphy bought it in 2010 and worked with designer Cliff Fong to add several colorful touches – including quirky antiques and figurines with sombreros circling a courtyard water fountain.

Besides the two men, the house is also occupied by their two Bernese Mountain dogs, Sara and Owen – for now. Murphy says they also would like a child next year.

“People always say when you have a child it brings you back to when you were a kid, and I’m excited to do that,” Murphy tells the Reporter. “I had a very rocky, difficult, emotional childhood with my parents. And then I’m excited to have somebody or something come in and say: ‘Really? I don’t care what you think. I’m going to do what I want.’ ”

As for that Presidential dinner last summer, the Secret Service “take over your house,” he says. “I even at one point had to show my ID to go back into my own house. Some of our neighbors are Republicans, so they weren’t exactly thrilled.”

Love his home and want to see more celebrity-designer created rooms? Tickets to the THR Design Hollywood at the Century showhouse, which opens Friday and runs through Nov. 18 are available here. 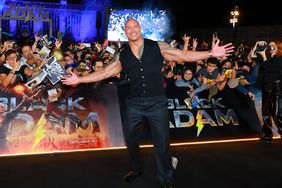 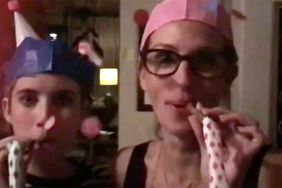