"[There's] no comparison at all," Rose says of her previous relationships

That’s the point Rose, 32, makes clear in a new interview on Guys We F—ed, dubbed the “anti slut-shaming podcast.”

“Real love? Was with my husband [Wiz Khalifa] – my soon-to-be ex-husband,” Rose, 32, says in episode released Jan. 21. “Absolutely, for sure. When you really find love, you just know. So then you look back on your past relationships and go, ‘Eh, I didn’t love them fools.'”

Despite admitting that she’s told previous men she loved them, Rose said nothing could match the fire she felt for Khalifa. “[There’s] no comparison at all,” she explained. And when asked how she’d rate their relationship in the bedroom, Rose replied, “I mean, we made a baby, so.”

Rose later added: “We obviously loved each other so much – we still love each other. Even when we talk on the phone or see each other, it’s always like, ‘All right babe, I love you, I’ll talk to you later.’ We still really, really love each other, we just can’t be together. We’re not good in a relationship … He was the love of my life. He was the only man I’ve ever loved. ”

The interview is gaining attention in light of Rose’s rekindled feud with West, 38, which erupted on Twitter. After Rose tweeted about West’s sexual preferences on Wednesday, the rapper denied her claims late Thursday, writing in part, “I don’t do that… I stay away from that area all together.”

But with tensions running high on Wednesday, West sent him a series of now-deleted zingers, including, “You let a stripper trap you,” referring to Rose’s past as an exotic dancer. Then West tweeted about the Rose and Khalifa’s 2½-year-old son Sebastian, writing, “You wouldn’t have a child if it wasn’t for me,” and “You own waves???? I own your child!!!!”

Rose has since spoken out about the controversial war of words on the Allegedly podcast. “I wouldn’t have said anything if it was just between him and Wiz,” she explained. “That’s two grown men hashing it out. That’s their business. I would have kept it cute and just minded my business, but you don’t bring in my baby. That’s so corny.” 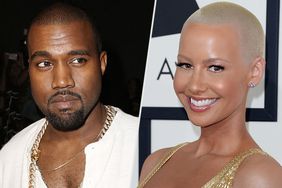 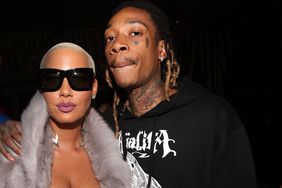 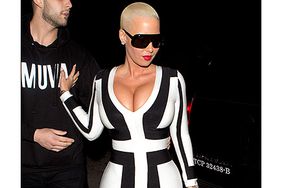 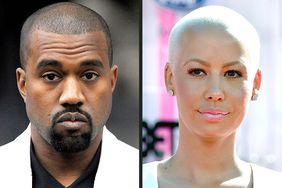