Amber Heard broke down in tears at her scheduled deposition hearing and refused to testify under oath on Saturday, according to Johnny Depp’s attorney.

Legal docs filed by Depp’s attorney Laura Wasser and obtained by PEOPLE claim that Heard arrived for her 10 a.m. hearing at 11:50 a.m., but never walked into the deposition room.

The docs allege that Heard refused to leave an office adjacent to the deposition room, and that despite multiple attempts throughout the day, Depp’s team was unable to take her deposition.

Because the “offices are made of transparent glass,” Wasser claims she could “quite clearly” observe “Amber hysterically crying and pacing in her separate conference room, or screaming and yelling at times and laughing at others.”

Wasser adds that “she appeared manic and irrational” and that she “observed Amber’s counsel trying to reason with her throughout the day.”

Depp’s lawyers also claim Heard’s team never turned over documents they had requested. His team is now asking for an order prohibiting Heard from testifying when the case goes to trial or an outright dismissal of the domestic violence case.

But a source close to Heard tells a different story about the day. “Although Amber was ready, willing and able to go forward with her deposition, it was not taken by Johnny’s attorneys,” the source tells PEOPLE. “She waited for 10 hours and at no time did Amber ever refuse to start the deposition. There was nothing preventing Johnny’s counsel from commencing the deposition during that time.”

During a status conference on Tuesday for Depp’s upcoming restraining order hearing, Judge Carl H. Moor ordered Heard to be deposed on Friday, Aug. 12. Depp is set to be deposed the next day, Saturday, Aug. 13.

The hearing itself, originally scheduled to begin Aug. 15, has been pushed to Aug. 17, and the restraining order against Depp has been reissued until then.

Speaking on Heard’s previously scheduled deposition on Saturday, her attorney Joseph Koenig told the judge, “It did not go forward, she was there for 10 hours. [Depp’s] counsel may have a different view if they think we sat there and did nothing. It is inaccurate.” 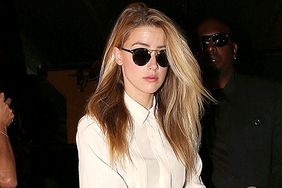 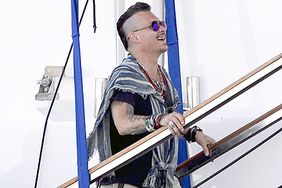