Sylvia Peterson pays tribute to her daughter, who died unexpectedly in her sleep at the age of 43

Amanda Peterson, the fresh-faced actress who made her mark in the 1987 movie Can’t Buy Me Love, died unexpectedly in her sleep at the age of 43 on Sunday.

In the wake of her daughter’s death, Sylvia Peterson recalls Amanda’s final moments to PEOPLE – moments spent making plans for a day that would never come for the cheerful star.

“She was in bed, and she’d had a wonderful day, and we were planning on a dinner the next day,” Sylvia says of her daughter, who was found dead at her Greeley, Colorado, home, “so it was just a very, very big surprise.”

The cause of death has yet to be determined, pending an autopsy report. But Sylvia tells PEOPLE she suspects that Amanda’s sleep apnea may have contributed to her death.

Local police were alerted after Amanda failed to appear for a scheduled meeting, and investigators later discovered her body at her home.

Sylvia remembers her daughter as a lively woman filled with humor.

“She was just so much fun, and she was just great,” Sylvia says. “She had a cute sense of humor [and a] love of history – just a very, very cute person.”

Amanda made her big-screen debut at the age of 9 in the movie adaptation of Annie, and over the next decade she appeared in a slew of TV series, including Doogie Howser, M.D. and Silver Spoons. She also starred in the 1985 fantasy film Explorers, alongside River Phoenix and Ethan Hawke.

Amanda last appeared onscreen in the 1994 film WindRunner, opting to leave Hollywood for Colorado, where she focused on her graduate education, her church and her family.

“She went back to school,” her mother says, “but she did not ever go back to Hollywood.”

“She lived in Greeley and she lived in Fort Collins, and pretty much just continued in graduate work and in studying in that kind of thing,” Sylvia adds. “She was very involved with her church work.”

According to her IMDB profile, Amanda – who had two siblings – had been married twice. She is survived by her second husband, David Hartley, and two children, and was reportedly working on an autobiography. 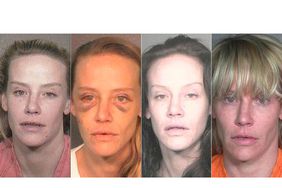 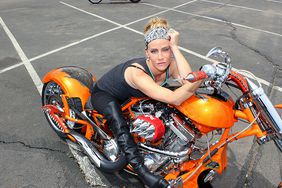 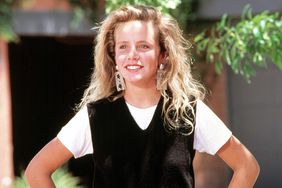 VIDEO: Family of 'Can't Buy Me Love' Star Amanda Peterson Reveals She Was Raped at Age 15, Says 'Sparkle Was Gone' After Assault