Actress Amanda Peet and her fianc , screenwriter David Benioff, are expecting a baby, the actress’s rep, Stephen Huvane, has confirmed to PEOPLE.

Peet, 34, who has appeared in movies including Syriana, The Whole Ten Yards and Something’s Gotta Give, and Benioff, 36, who wrote the screenplays for 25th Hour and Troy, announced their engagement last July.

Next up, Peet will costar in the new NBC series Studio 60 on the Sunset Strip. Benioff has two movies, The Kite Runner and Alpha, due out in 2007.

Amanda Peet Has a Girl 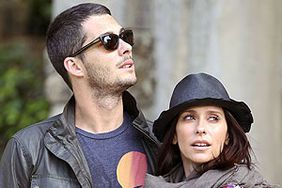 Amanda Peet has met someone neat!