Amanda Bynes is not being left financially high and dry by her parents, a source familiar with the situation tells PEOPLE.

“The idea that Amanda’s parents have left her without a place to stay or money to live on is not true,” says the source.

After paparazzi photographed Bynes, 28, sleeping on a couch at an L.A. shopping mall on Nov. 6, the troubled actress lashed out at her parents on social media to defend her public nap.

“I was not given money for a hotel so I have been staying with friends and I didn’t get enough sleep last night so I fell asleep on a couch,” she Tweeted, adding, “I hate my parents for still not giving me money for a hotel.”

But sources tell PEOPLE her parents, Lynn and Rick, have been providing the financial means and resources their daughter needs to live since Bynes, who has been diagnosed with bipolar disorder, was released from a psychiatric facility on Oct. 30.

“Her parents have paid for a hotel but she opts to sleep on couches rather than stay in hotels,” says the source. “Her parents provide money or means for meals, shelter and transportation, but she refuses.”

While Bynes’ mother – who gained conservatorship over her daughter after Bynes’ increasingly erratic behavior landed her in a psychiatric facility on Oct. 10 – planned to transfer part of her legal control over Bynes to a private, professional conservator, that has not yet happened.

“Transferring conservatorship to a professional was the plan last week and it still might work out that way, but finding the best fit, the proper conservator, is going to take some time,” says the source. “It didn’t happen as quickly as her parents all thought it would.” 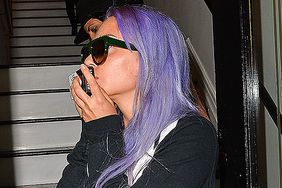