One of two alleged serial shooters who were identified by Phoenix authorities on Friday is a professional sports photographer, PEOPLE has been told.

Dale S. Hausner, whose picture was not released by the police, is a boxing photographer, according to a former colleague, neighbors and boxers he photographed. Hausner has a Web site, boxingandmore.com, on which he is pictured with legendary boxer Mike Tyson and other professional boxing stars. Police have not yet verified Hausner’s background.

Mary Ann Owen, a onetime corrections officer who is now a Las Vegas photographer, told PEOPLE that she had worked with Hausner photographing boxers. Owen says she hasn’t seen him in three years, but describes Hausner as “the kid next store.”

“He reminded me of Pat Boone,” she told PEOPLE. “I absolutely fell out of my chair hearing this about Dale.”

Owen said she detected no hint of violent tendencies in Hausner. “I can’t believe he d do something so heinous. It’s like something out of a Stephen King novel. We think we don’t know people like that.”

At a press conference on Friday, authorities did not reveal what evidence they have against Hausner and the other accused killer, Samuel Dieteman, who were arrested late Thursday at a gated apartment complex in Mesa. But authorities expressed confidence that the men were responsible for 15 months of deadly attacks in the “Serial Shooter” case, the Associated Press reports.

“These are the two monsters we’ve been hunting,” Phoenix Mayor Phil Gordon said at a news conference.

Assistant Police Chief Kevin Robinson said Hausner, 33, and Dieteman, 30, are friends who lived in Mesa. Investigators found no obvious connections between the two men and the victims, Robinson said.

“The best we could tell, they were just random victims. These individuals just picked victims out and that was it,” Robinson said.

Six people were killed and 17 wounded in attacks attributed to the Serial Shooter, mostly in Phoenix’s suburbs. 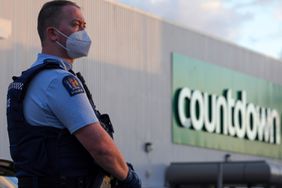 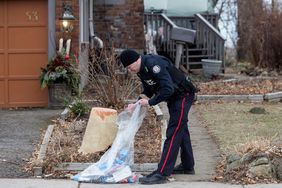 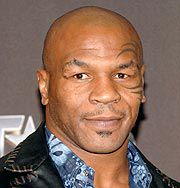