Romance was clearly in the cards for Romijn, 36, and O'Connell, 35, who met in Vegas five years ago. "I was working on a documentary, and Jerry offered to help," recalls Romijn to In Style. It turned out to be the perfect collaboration for the couple, who just celebrated their second wedding anniversary – and their greatest joint project to date: the birth of 8-month-old twins Dolly and Charlie.

Since getting hitched in September 2005, Kutcher and Moore, 48, have blended seamlessly into each other's lives, with the 33-year-old actor playing picture-perfect stepdad to Moore's three daughters. Kutcher, who was introduced to Demi by a pal in 2003, told Oprah Winfrey that the key to their bond, "is that she calls me on my crap ... and I call her on her crap.'"

They started out as coworkers (meeting on a 1998 NBC Christmas special), but now Brooke Shields, 45, and Chris Henchy, 46, are best friends – and each other's biggest cheerleaders. "If there's a moment when I'm starting to feel insecure ... all he has to do is say, 'You know, you look beautiful,'" Shields told PEOPLE. "And I know it's coming from a sincere place."

They're as close to British royalty as you get without a crown, but friends of David and Victoria Beckham swear the twosome – who rounded out their trio of boys with a baby girl in 2011 – are just a regular old married couple. Says good friend David Furnish: "They go together to pick up their groceries. David takes [their son] Brooklyn to McDonald's. They cherish their everyday freedom."

The couple that tours together, stays together. So it seems for McGraw and Hill, both 44, who hooked up during 1996's Spontaneous Combustion tour. Fifteen years later, the country superstars, now with their three daughters in tow, are still hitting the road. "I can't imagine it getting any better," McGraw says. "Aside from being able to do something I love for a living, I've got the best wife in the world."

Though she didn't get the part of his girlfriend when she walked on the set of The Fresh Prince of Bel-Air in 1990, the actress landed the biggest role of all in his life. "Outside of my mother, Jada's the first person with whom I can share what I think and what I feel so freely" Smith told PEOPLE of meeting his wife.

Pfeiffer, who has been married to TV producer Kelley, 53, for 15 years, laughs off experts who advocate keeping the mystery alive between partners. "Can you imagine, for 20 years, trying to stay mysterious in your relationship?" she asks. Instead, the actress, 51, credits the success of her marriage to being completely open: "One of the reasons my marriage is successful…is that we are completely comfortable around each other and don't feel the need to hide aspects of ourselves."

When Beatty cast Bening in 1991's Bugsy, the actor, now 74, knew his days as Hollywood's most eligible bachelor were numbered. "We just fell in love," Bening says of their courtship. "I knew something significant was happening." Now, the former playboy's social life revolves around his wife and their four kids. "He's a fantastic dad," says Bening, 53. "He's just enthralled, very thoughtful, very communicative."

One of Hollywood's most enduring love stories fittingly reads like ... a Hollywood love story. They met on-set – the 1985 flick Volunteers – but alas, he was married. Following Hanks's 1987 divorce, the twosome were immediately inseparable, even sharing a trailer during the filming of Sleepless in Seattle. "I didn't know what being in love was until I met Tom," Wilson has told Vanity Fair. Hanks similarly explained their courtship to PEOPLE: "When you find [love], it's undeniable."

It's family first for the couple, who make it a point not to work on different movies at the same time. Or better yet, they costar in the same films, as they did with Pyrates and The Woodsman. Supporting each other career-wise is key, Sedgwick, 44, explains to PEOPLE. "We have our priorities straight, but we also know that work is really important to us," she said. "It's very important for me that I support him in his work and vice versa."

When Washington landed his first professional acting gig (in the 1977 TV drama Wilma), he had no idea that the job benefits included meeting his bride-to-be Pauletta Pearson. Now, 28 years and four children later, the Oscar-winning actor reveals his secret to wedded bliss to PEOPLE: "Do what your wife tells you and keep your mouth shut."

Married for longer than the combined ages of the Olsen twins, Newman and Woodward, (who met in 1952 while performing in the Broadway play Picnic) were the envy of their peers. So what was the secret? Newman, who died in 2008 at age 83, says monogamy is as easy as knowing on which side his bread is buttered. "I have steak at home. Why should I go out for hamburger?" he once famously told Playboy. 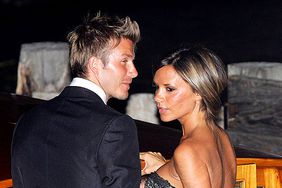 They Keep Going and Going: Hollywood Couples That Last 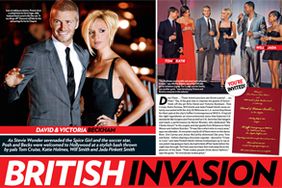 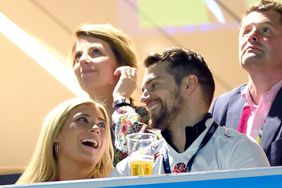 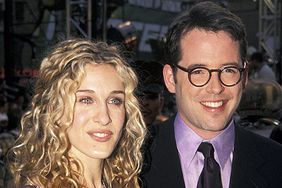