Alice Eve Is Engaged – to Her High School Sweetheart!

The pair first dated as teenagers while attending the Westminster School in London.

Later, Eve dated poet Adam O’Riordan – the pair met while both were college students at Oxford – but they eventually split in 2012, according to U.K. reports.

Eve began her acting career in her native England and first gained fame among American audiences in the 2009 film Crossing Over, starring alongside Harrison Ford and Ashley Judd.

She has also appeared in She’s Out of My League, Entourage and Sex and the City 2 – as Charlotte York’s intimidatingly sexy British nanny. 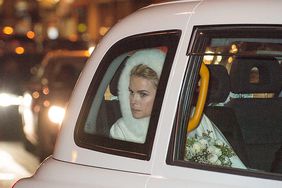