Alanis Morissette on How to Have a Happy Marriage: 'Flirting Is Nice!'

"Relationships go from infatuation to power struggle and then most people break up," Morissette says

She didn’t have one hand in her pocket, but Alanis Morissette waxed nostalgic when asked about the 20th anniversary of her iconic break up album, Jagged Little Pill.

“I love it,” Morissette, 40, said Wednesday at the Elle USA Women In Concert Celebration, presented by eBay. “I thank sweet baby Jesus that I can actually perform these songs. There’s a timelessness to it for me that I can actually stand by these lyrics.”

And by timelessness, she means that, like any working mom and wife, she has plenty to draw on to convince an audience that she’s been scorned. “If you ask any married women, she’s still angry,” Morissette joked.

But in all seriousness, Morissette is enjoying watching her 4-year-old son, Ever, come into his own: “We have real bona fide philosophical conversations about the galaxy, animals, what God is.”

Even though she may not always have the answers, the “Ironic” crooner doesn’t take herself too seriously. “You just cross your fingers behind your back and you hope you don’t blow it.”

Having someone to lean on definitely helps.

“We’re helping each other out,” said Morissette of husband Mario Treadway, 35, also known as rapper “MC Souleye.” “Relationships go from infatuation to power struggle and then most people break up. I think it’s getting juicy as we’re going on the third phase of helping each other heal and grow.”

So what is the secret to staying and growing together? “Flirting,” says Morissette jokingly. “Flirting is nice … dates, gifts and compliments. Anytime he says anything about me emotionally, like ‘Wow, you’re really nurturing’ or ‘really patient,’ that’s like full-blown sexy time for me.” 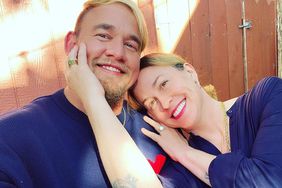 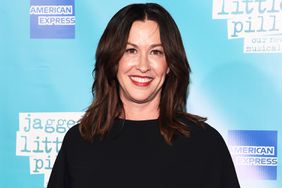 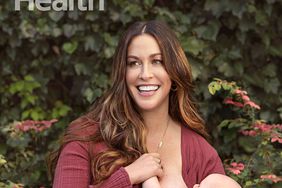 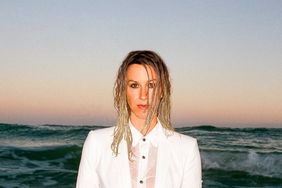