Alan Thicke, widely known for his starring role as Dr. Jason Seaver on Growing Pains, has died, PEOPLE confirms. He was 69.

A rep for Alan’s son, Robin Thicke, confirmed to PEOPLE on Tuesday that the veteran actor, who starred in Growing Pains from 1985-1992, passed away.

The Los Angeles Times spoke with Robin Thicke on Tuesday evening, and he called his father “the greatest man I ever met.” He confirmed that Thicke suffered a heart attack while playing hockey with his son Carter at Pickwick Gardens skating rink in Burbank, California.

Darin Mathewson, vice president of Pickwick Gardens, told ET that Thicke’s son took a photo of his father as he was being taken to the hospital — at his dad’s request. “On his way out he asked his son to take a picture. He goes, ‘Ah, take a shot kiddo… Make sure you get the rink in the background,’ ” Mathewson recalled.

Born March 1, 1947 in Kirkland Lake, Ontario, Canada, the actor appeared in an expansive list of film and TV projects throughout the past four decades.

Since becoming a household name in the mid ’80s for his starring work on Growing Pains — for which he earned a Golden Globe nomination in 1988 — the actor went on to later star as Dennis Dupree in TV series Hope & Gloria (1995-1996) and Jim Jarlewski in jPod (2008) and had recurring roles on countless TV projects, including The Bold and the Beautiful and Married with Children. Most recently, Thicke appeared in Fuller House, NBC’s hit new series, This Is Us, and had a film in post-production with Amanda Seyfried and Leah Remini set for release in 2017 called The Clapper.

From 1980-1982, the actor also hosted his own comedic talk show, The Alan Thicke Show, in which he appeared in 102 episodes, and later hosted Thicke of the Night from 1983-1984. He also hosted the 1997 game show series, Pictionary, in 1997 and starred in reality series Unusually Thicke from 2014-2015, which focused on the Growing Pains star and his relationship with his wife, Tanya, and his teenage son, Carter.

“One of the reasons I did the show is I have a 16-year-old and after this year we have one more year before I have to send him off into the world for college. What a wonderful experience to have spending some of the summer and some weekends throughout the year working with this guy and seeing what a terrific young man he is and enjoying the hell out of him. Similarly with my wife who is a wonderful yin and yang personality – hot and cold – I call her the sexy, loveable tornado is completely fascination and out of control and very sexy. She’s kind of a loose cannon in the mix and to getting to share this with her – the big moments in my life with Growing Pains and such were done before this kid was even born and so getting to share this with them was a big reason for doing the show,” Thicke told PEOPLE in April 2014 about his reasoning for doing the reality series that focused on his life.

In addition to his on-screen credits, the actor was a composer on Diff’rent Strokes from 1978-1986 and The Facts of Life from 1979-1998 (he co-wrote the theme song with his ex-wife, soap actress Gloria Loring).

After learning about his death, fellow actor Bob Saget took to Twitter to extend his condolences: “So sad is the passing of Alan Thicke. Such a good husband, father, brother, and friend. He will be deeply missed. Rest in peace dear Alan.”

Other celebrities took to Twitter and Facebook to express their condolences and share their favorite moments with the actor and composer, including Thicke’s first wife Gloria Loring, former daughter-in-law Paula Patton, and Fuller House star Candace Cameron Bure.

The veteran actor is survived by his wife, Tanya, and his three sons: Robin, Carter and Brennan. 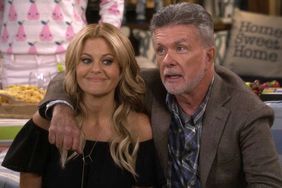 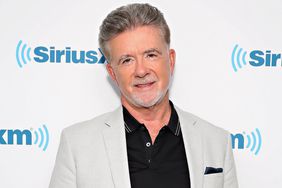 Inside the Final Hours of Alan Thicke's Life: 911 Caller Details His Last Moments on the Ice Rink 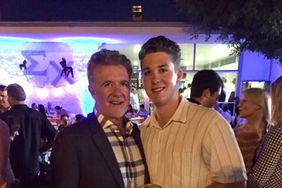 Alan Thicke's Son Carter Recalls the Last Moments He Shared with His Dad: 'I Got to Give Him a Hug'

Looking Back at Alan Thicke's Life and Career in Photos 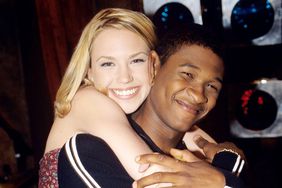 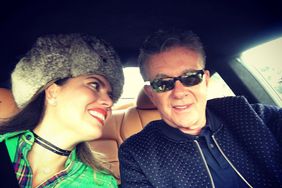