The bride, who is taking her husband’s last name, wore a gown by Monique Lhuillier at the wedding, which took place at the Beverly Hills Hotel.

Willie Nelson performed at the reception, according to a family friend who was there and described it as “a great party.”

Sarah Lee, as she is now named, is a medical student at the University of California San Francisco. She met her husband at a function for her father’s Oscar-winning environmental documentary, An Inconvenient Truth. The movie was executive produced by Jeff Skoll, who served as the best man at the wedding.

“As one person joked during the wedding toasts, global warming helped bring Sarah and Bill together,” the family friend tells PEOPLE.

The Gore family hosted a rehearsal dinner for 75 family and friends the previous evening at Beverly Hills’ Crustacean restaurant, a longtime favorite of the Gores.

Crustacean’s executive chef, Helene An, created for the wedding-eve party a six-course tasting menu that included Chilean sea bass and roasted crab. (To allay any conservationist concerns, the restaurant later specified that the sea bass served were not endangered or illegally caught.)

Then there was the dancing. “Al was the life of the party,” says a source. “He and Tipper rocked on the dance floor.”

Every Monday, catch up with PEOPLE and see What You Missed Over the Weekend! 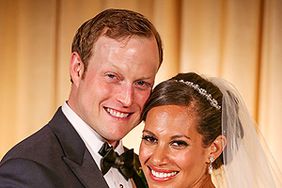 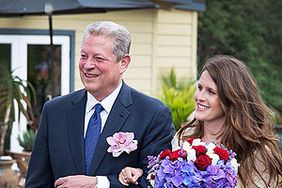 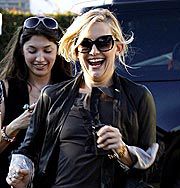