The Homeland actor and athlete-turned-model are set to wed

Though she has not been seen wearing a ring, the athlete-model-actress, 38, and Homeland star, 33, are engaged, PEOPLE confirms.

The news was first announced Tuesday at L’Oréal Paris’s Women of Worth awards. Mullins, who introduced one of this year’s honorees, attended the dinner with Friend. The happy revelation came when Mullins took the stage to begin her presentation.

“It was really sweet because Aimee was tight-lipped about it earlier in the night, not wanting to take attention from the honorees,” an onlooker tells PEOPLE.

Host L’Oréal “gave her a congratulatory shout-out when calling her up to the stage, which prompted a ton of applause from the audience,” the source says.

“He was very doting the whole night, pulling out her chair, opening the car door,” the onlooker adds. “They were really adorable, just enjoying the night and each other’s company.”

A rep for Friend’s agent, Kate Buckley, had no comment when asked by PEOPLE to confirm the engagement.

Friend, who is also a writer and director, split from actress Keira Knightley in 2011.

Mullins, a double-amputee from childhood who competed as a collegiate and Paralympic sprinter before turning to modeling, has hit the runway for the late Alexander McQueen and later became a spokesperson for L’Oreal. 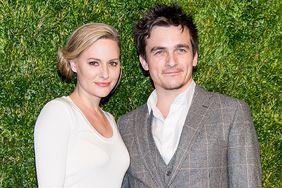 Surprise! Rupert Friend and Aimee Mullins Secretly Got Married One Month Ago 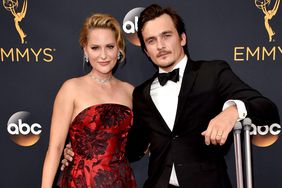 'Homeland' 's Rupert Friend Opens Up About His Surprise Wedding to Aimee Mullins: 'It Was Perfect'