"After long and careful consideration, we have decided to separate after five years of marriage," the couple tell PEOPLE exclusively

“After long and careful consideration, we have decided to separate after five years of marriage,” they said in a joint statement to PEOPLE.

“We are grateful to be the parents of two incredible young daughters that we will continue to co-parent. We would greatly appreciate your respect for our family’s privacy as we begin this delicate next chapter for all members of our family.”

Lima, 32, and Jaric, 35, met at a party in Los Angeles in 2006 and got engaged two years later on Lima’s 27th birthday. They eloped in 2009, exchanging vows on Valentine’s Day in a private civil ceremony in Jackson Hole, Wyoming.

“Our life, we live in a honeymoon,” the Brazilian beauty told PEOPLE six months after they tied the knot. “I never saw myself being married. But after I met him, everything changed. I knew he was the one and I could see myself married with him and with a big family.”

The couple have been raising their two children – daughters Valentina, 4, and Sienna, 19 months – in Miami.

“Even in my wildest days I knew that I wanted to be the ultimate family man,” Jaric told PEOPLE in 2009.

Though Lima has walked the Milan runways for Prada and showcased her killer body in nothing but lingerie for Victoria’s Secret, she says, “The best job in the world for me is being a mom.” 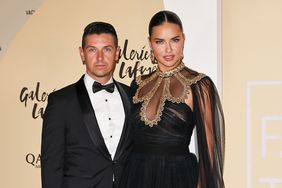