Turns out, it's pretty sad

Adele’s25 has officially arrived to a fanfare of hankies being blown. If you’re already a fan of the British songstress, this album will reinforce everything you loved about her: a voice eight miles high, darkly polished production and songs that soundtrack a really nice fetal-position breakdown on your bathroom floor.

PEOPLE’s two resident experts in sadness (not our actual titles), Alex Heigl and Alison Schwartz, after having so much fun going head-to-head on the Ryan Adams version of Taylor Swift’s 1989, decided to do the same for 25. Our track-by-track breakdown follows. Gird your tear ducts.

Alex: Not clear if “Hello” is actually sadder than “Someone like You,” which remains the gold standard of sadness.
Alison: “Gold standard of sadness” is the new Grammy. (You heard it here first.)
Alex: “Hello from the other side, I’ve must’ve called a thousand times” … from my couch, where I’m sitting alone in a chunky-knit sweater, which is grey.”
Alison: “But when I call you never seem to be home” … which means you rely on a landline, which is a level of sadness even I have yet to realize.

Alison: So I thought this was pretty upbeat compared to the expectations I had based on the song title. I mean, what isn’t upbeat compared to this song title? Hundreds of weeping children would still sound too upbeat for this title.
Alex: But serious question: Send my love to your new lover – why would you ever ask someone to do that?
Alison: Wait, are you trying to say you don’t keep in touch with all your exes who have moved on?
Alex: By “keep in touch,” do you mean know where they live and maintain a list of their fears?

Alex: Once again, I’m getting some vibes. “I want every single piece of you.”
Alison: File this under “things the man behind you at the post office would sound less good saying.”
Alex: Wait, is that a tear in your eye?
Alex: Are you crying?
Alex: Is this thing on?
Mandatory intermission

Alison: Hi.
Alex: Where were we? Okay, so here, really, she’s just going down my personal favorite book from childhood, My First Regrets.
Alison: Breakups.
Alex: Missing someone.
Alison: Aging.
Alex: Soup on your couch.
Alison: Has anyone ever told you that you looked like a movie though?
Alex: But which movie?
Alison: Toy Story 3.

Alex: Breaking, breaking, alert, alert: another song that starts with somber piano. Switching things up.
Alison: I will fight you.
Alex: I want Ryan Adams to cover this.
Alison: I want Taylor Swift to invite Adele onstage to duet to this.
Alex: Also, we should start counting all the water references. There have been several.
Alison: You’d hydrate, too, if your voice could sound like that.

Track 6: ‘Water Under the Bridge’

Alex: Oh, look, another song about water.
Alison: Do you think Adele is a mermaid?
Alex: That’s why she takes so long between albums. She has to return to the sea.
Alison: Adele, rhymes with Ariel, the female protagonist of none other than The Little Mermaid. This all checks out.
Alex: Also, the guitar in this reminds me of Lionel Richie’s “All Night Long,” which is obviously not a bad thing.
Alison: Lionel Richie, noted and beloved merman.

Alex: So, “River Lea,” song No. 45 on this album about water, possibly about her birthplace.
Alison: “When I was a child, I grew up by the River Lea” = she’s admitting she’s a mermaid = done, case closed.
Alex: Here’s a fun fact about the River Lea: “Its origins in the Chilterns contribute to the extreme hardness (high mineral content) of London tap water.” Maybe this is a plea for softer water in London, from a mermaid?
Alison: There’s literally no way of knowing.

Alison: “I can’t love you in the dark” because we are below sea level.
Alex: Three more hours spent dissecting this song for clues about life as a mermaid
Alison: So, now that we have that all figured out.
Alex: This might just be my favorite.
Alison: I just … if you’re going to listen to anything while you’re eating soup on your couch alone, it might as well be this song.
Alex: I have a premonition of me sobbing in the darkened lobby of a Citibank while this plays.
Alison: It’s such a relief when you hear a song and just know it’s going to be the soundtrack to your next public breakdown.
Alex: “Stop asking me to stay, because I’m a mermaid and I can’t live on land for too long.”
Alison: “I loved him, but he was a starfish.”

Alex: Regrets.
Alison: Sky.
Alex: “I miss the air.” I don’t think that’s medically accurate UNLESS it’s about gills. Do you think this is a concept album about a mermaid forced to live on land?
Alison: Probably.
Alex: How did EVERYONE ELSE MISS THIS?
Alison: I don’t know, Alex, maybe they were TOO BUSY SOBBING LIKE YOU’RE SUPPOSED TO DO.

Alison: On a scale of 1 to when Macaulay Culkin gets stung by bees in My Girl, where are you?
Alex: I’m a little tapped out actually. I’ve just been dry-crying, which is like dry-heaving, but, like, from your eyes and totally safe for the office.
Alison: “What if I never love again?” Wow, that feels nice!
Alex: So fun!

Alex: Oh my God, finally, drums.
Alison: I’m nervous though – what if this becomes, like, the go-to karaoke song?
Alex: Oh my God, rhythm.
Alison: Karaoke bars around the world, millions of girls, all named Jessica.
Alex: This song – it’s so happy, it’s a little bit like turning on the lights at the bar for last call.
Alison: The light is too bright; it hurts my eyes.
Alex: I must return to the dark sea, to my people. 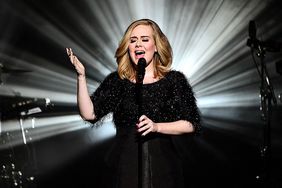 There's an Adele Song for That: 10 New Lyrics for Every Life Situation 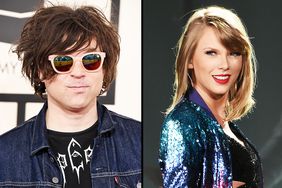 Grab Your Tissues: The 11 Most Powerful Lyrics from Adele's New Album