Adam Yauch of the Beastie Boys Dies at 47

The rapper, who had battled cancer, missed the recent Rock and Roll Hall of Fame induction for medical reasons

Adam Yauch, a founding member of the hip-hop group Beastie Boys, died Friday in New York after a nearly three-year battle with cancer. He was 47.

Known by his stage name MCA, Yauch was inducted just last month into the Rock and Hall of Fame but was too ill to join bandmates Mike ‘Mike D’ Diamond and Adam ‘Ad-Rock’ Horovitz at the ceremony.

Among a flood of music stars sending their tributes was Justin Timberlake, who Tweeted: “Crushed to hear the news of Adam Yauch’s passing. A true pioneer of art.”

The Brooklyn-born Yauch taught himself to play the bass guitar and, while in high school, formed the Beastie Boys.

Starting out as a punk group, the band transitioned to hip-hop and their first album Licensed to Ill, with the youth anthem “(You Gotta) Fight for Your Right (To Party),” became a blockbuster seller.

The Beastie Boys went on to sell more than 40 million albums and have gone down as trailblazers in rap music. Licensed to Ill became the first hip-hop album to top the Billboard 200.

“Adam was incredibly sweet and the most sensitive artist who I loved dearly,” says producer Russell Simmons, a mentor and the band’s early manager. “I was always inspired by his work. He will be missed by all of us.”

A Director and Philanthropist

Yauch also directed many of the Beastie Boys music videos, including the band’s 2006 concert film Awesome; I F—– Shot That!.

He was also a founding member of both the Milarepa Foundation that produced the Tibetan Freedom Concert benefits and the film production and distribution company Oscilloscope Laboratories.

In 2009, he announced that a cancerous tumor was discovered in his left salivary gland. At the time, the band postponed the release of their new album.

Although his cancer was caught early and described as “very treatable,” Yauch revealed in January 2011 that he had still not fully recovered.

“While I’m grateful for all the positive energy people are sending my way, reports of my being totally cancer free are exaggerated,” Yauch said in a statement at the time, according to Rolling Stone. “I’m continuing treatment, staying optimistic and hoping to be cancer free in the near future.” 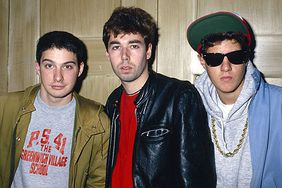 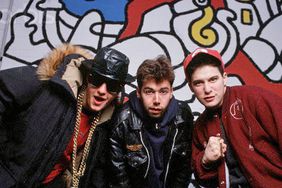 'Paul's Boutique' Turns 25: A Look Back at the Classic Beastie Boys Album