For a few hours on Thursday, Los Angeles stood in for Gotham City as thousands of Bat-fans lined the streets to pay tribute to the late Batman actor Adam West as the famed Batsignal was projected upon L.A.’s City Hall tower.

Burt Ward, who co-starred as the Caped Crusader’s teen sidekick Robin alongside West on on the phenomenally popular and slyly campy 1960s TV series, was on hand to celebrate the life of his longtime friend along with West’s wife Marcelle, his children and other members of his family.

West passed away June 9 at age 88 following a brief battle with leukemia.

The unconventional nighttime ceremony drew legions of admirers of both West as well as the Batman character. A few fans arrived in full cosplay as either Batman or one of his famed rogue’s gallery, while scores of people wore clothing emblazoned with the superhero’s signature bat emblem.

An official, iconic television Batmobile created by the late Hollywood car customizer George Barris was parked at the foot of the steps of City Hall and a bright red Batphone — the kind Gotham’s police commissioner used to summon Batman on the series — was strategically placed near the podium in proximity to L.A. city officials.

Los Angeles mayor Eric Garcetti, and LAPD chief Charlie Beck, appeared on the steps of the famed government building (which doubled at The Daily Planet newspaper on The Adventures of Superman TV series), to formally light the Batsignal. It then illuminated the tower and prompted cheers and the honking of car horns for blocks around the structure. “I’m a real-life chief of police, and I cannot tell you how many times I have wanted to turn on the Batsignal,” said Beck.

“Adam would say, ‘This is exactly what I expected,” Ward, 71, told PEOPLE of his costar’s penchant for straight-faced but tongue-in-cheek self-aggrandizing. ”And deserved.”

Also present was actress Lee Meriwether, who took on the role of the larcenous femme fatale Catwoman – originated on the series by Julie Newmar and later played by Eartha Kitt — for the 1966 theatrical film spun off from the show. She agreed that West would have loved the tribute.

“I think Adam would have found a way to get up on the top of the tower, and then rappel down,” she told PEOPLE. “I bet you he would have done that!”

“We all spent so many hours in front of the TV, the same Bat-time, the same Bat-channel,” Garcetti told the crowd. “And there have been a lot of people who have been Batman: Michael Keaton, George Clooney, Christian Bale, Ben Affleck. They’ve all had their time in the cape and the cowl. But did anyone have more fun than Adam West?”

Ward gave an equally inspiring speech. “The other day, I added it up, and 75% of my time on this planet was working with Adam West,” he told the crowd. “I’m here to tell you that my friend Adam would want every single one of you to be incredibly happy and to be joyous, because he spent his entire life as a performer making people happy, making them laugh, and trying to make this world a better place.”

After the ceremony, Ward told PEOPLE that West was “exactly as bigger-than-life as he seemed,” and recalled how they became fast friends as they prepared to screen test together. “He and I started talking, and within three minutes, we were laughing. It’s like, ‘Oh, this guy is really funny. He’s sharp!’ ”

As their relationship continued long beyond the series’ brief three-year run on to appearing at conventions and autograph shows together, Ward said he and West enjoyed “dueling” in friendly games of one-upsmanship that often only the two of them were aware of.

“When we did those panels, we got out there and I know all the most embarrassing things for Adam that would make his skin crawl, and he knows the most embarrassing things about me,” laughed Ward. “So what do we do in front of all those people? We kind of hint around it. Now, they don’t know what we’re referring to, but they do know we’re getting to the other one, and they love it.”

Ward was also witness to West’s penchant for risqué innuendo, often flirting with female fans. “When we were signing autographs, a cute girl would come up to get an autograph. He says, ‘I’m beginning to feel strange stirrings in my utility belt.’ That’s Adam!”

“On the serious note, I can’t tell you how many kids grew up [watching Batman] that have been now in law enforcement,” added Ward. “[They’d tell us] ‘I could have gone the wrong way. I watched your show when I was a kid. I remember the things that Batman and you said about buckling up your seatbelt and walking across the crosswalk. All of this kind of stuff made me a better person.’”

“The way Adam portrayed Batman was incredible, because it could have been really farcical, which wouldn’t fit, or to be too serious,” said Meriwether. “He just did the right portrayal of Batman that we all wanted to have.”

The actress confessed she treasured the fact that the show’s enduring appeal kept them in each other’s orbit for 50 years. “At conventions, we would sit next to each other and sign autographs,” she recalled. “I’d hear his stories when the people came up and asked him questions. And he was so generous with his time. Just really a dear. A dear, dear man. I miss him, I really do.” 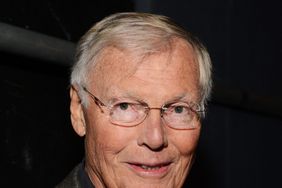 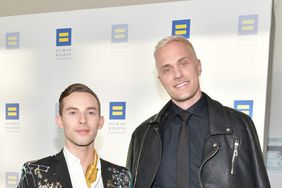 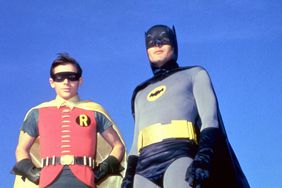 Adam West, TV's Batman, Dead at 88 After Battle with Leukemia 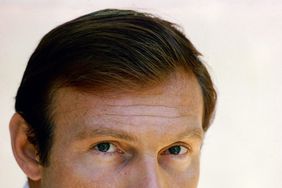