In true diva fashion, actress Sheryl Lee Ralph showed up an hour late to her own wedding to Pennsylvania Sen. Vincent Hughes at the First African Methodist Episcopal Church in Los Angeles on Saturday, PEOPLE reports.

Preceded by her 10 bridesmaids – including singer Patti LaBelle, Divorce Court judge Mablean Ephriam and actress Loretta Devine – Ralph held her Swarovski-crystal-studded bouquet of orchids, Casablancas, calla lilies, stephanotis, and roses as she walked down the aisle to the strains of an 82-person choir. The 48-year-old groom, a state senator from Philadelphia, wore black tuxedo custom-tailored by Designs By Jasper with a white tie, a stephanotis boutonniere, and $15,000 Mikimoto pearl-and-white gold cufflinks.

To celebrate the occasion, 425 guests were in attendance at the chapel, which was decorated in all-white flowers – including orchids and lilies – and white chiffon and pearls draped on the aisle.

The traditional Christian ceremony wasn’t without its drama: Matron of honor Dr. Sandra Swann fainted as the vows began. But the rest of the service went off without a hitch, including a uniting-of-the-families portion to honor the couple’s children from previous marriages: Hughes’s daughter Ariell, 27, who gave her father away; his best man and son Alek, 15; Ralph’s son Etienne, 13, who gave his mother away; and her daughter Coco, 10.

The reception was held at L.A.’s City Club. Ralph – who changed into a Tadashi silk peu de soire ivory halter dress with a veil that her mom gave her from her native Jamaica – and Hughes danced to their first song, Etta James s “At Last,” performed by R&B group Elaine Gibbs and The Crew. And guests enjoyed buffet-style soul and Jamaican food, including pork roast wrapped in banana leaves, macaroni and cheese and fried catfish. The wedding cake was a four-tiered confection with a carrot-cake layer, a rum-cake with chocolate layer, and a pink-champagne layer.

Ralph and Hughes, who met through a mutual friend, have been engaged since 2003. It is the second marriage for both. They’ll spend a week-long honeymoon at the Paraiso de La Bonita Resort & Thalasso Resort on the Riviera Maya in Mexico. 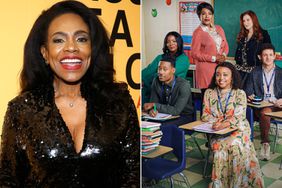 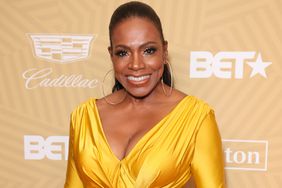 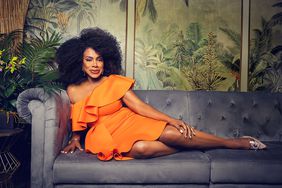 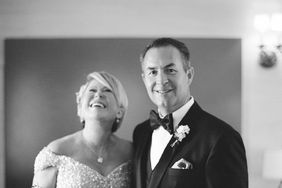 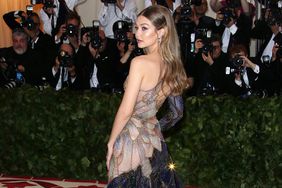