Wambach, 33, married longtime girlfriend and fellow soccer star Sarah Huffman, 29, on Oct. 5 at the Villas at Po’ipu Kai on the island of Kauai in Hawaii, TMZ reports.

The intimate wedding was held on the beach at sunset in front of the couple’s family and closest friends, according to TMZ.

Several members of the Team USA soccer team were in attendance, including Alex Morgan and Sydney Leroux, who shared several “love”-inspired photos on Instagram from Hawaii, where guests spent their time hiking, cliff diving and sunbathing.

Wambach – who helped the U.S. Women’s National Team win the gold medal at the 2012 London Olympics – and Huffman will not only be teammates in life but also on the field: The couple currently play for the Western New York Flash, a professional club based in Rochester, NY, that is part of the National Women’s Soccer League. 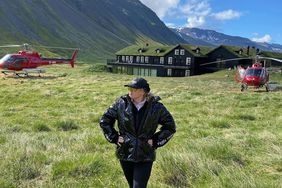