"After this many years, I think most people had given up on me ever tying the knot," Aasif Mandvi, 51, told PEOPLE exclusively ahead of the ceremony

It was a night of multicultural celebration for The Daily Show correspondent Aasif Mandvi and his bride, Shaifali Puri.

The two were married at the Fox theater in Atlanta on Sunday night in front of 220 guests. “I’m most excited about sharing this incredible moment with so many family members and friends from all the different parts of my life,” Mandvi tells PEOPLE exclusively.

“I’m so honored they all showed up,” adds the actor and comedian, 51. “After this many years, I think most people had given up on me ever tying the knot.”

“We included elements of our Indian Hindu and Muslim cultures in every single aspect of our wedding,” Mandvi says. “From the ceremony, to the food, to the music, to the clothes.”

Mandvi and Puri met in 2013 through a mutual friend, author and humanitarian Ruma Bose, and got engaged in October 2016 at the Post Ranch Inn in Big Sur, California. “I wanted to propose while looking out at the water, but for three days it was misty and I kept waiting for the clouds to part and the ocean to come into view from the cliffs,” Mandvi says.

“While we waited, we hiked through redwood forests and stumbled upon an old, towering redwood tree, where, inexplicably, someone had carved the letters ‘A’ and ‘S’ into the trunk of the tree right next to each other,” he recalls. “Like some sort of ancient forest blessing!”

On the morning of their last day at the resort, the two went down to the pool. “There were still clouds, and I thought I would have to give up hope of proposing with a view of the ocean, but the clouds magically parted for 15 minutes,” Mandvi adds. “I got down on one knee, half underwater, and asked her to marry me.”

FROM PEN: Property Brother Drew Scott Gives The Details On His Wedding Proposal

RELATED GALLERY: All the Celebrity Couples Who’ve Tied the Knot in 2017 — So Far

Mandvi currently stars on the TV Land series Younger, while Puri is the CEO of the Uplift organization, which provides aid and support for extreme poverty.

“I could say that what I love about Shaifali is her passion, her intelligence, her beauty, and that would all be true, but what I love about the two of us together is how we continually push each other to become better partners and better people,” says Mandvi.

“She makes me a better version of me,” he praises, “and I hope I do the same for her, and I hope we never stop doing that and being that for each other.” 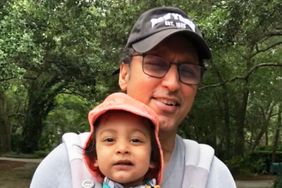 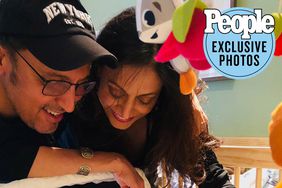 'Evil' Star Aasif Mandvi and Wife Shaifali Puri Welcome Son: 'We Are So Grateful for His Safe Arrival' 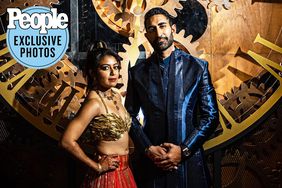