On TV’s “Friends,” Courteney Cox’s Monica and Matthew Perry’s Chandler are adopting because she can’t have a baby. But the real Cox and her real-life husband, actor David Arquette, have some news to share: She’s pregnant.

“It’s true,” a rep for the actress tells PEOPLE.com, though no additional details were made available.

Since last fall there’s been word that the couple might be expecting a blessed event, ever since Arquette’s brother Alexis opened his mouth about the family matter while on Sharon Osbourne’s syndicated talk show. But Alexis’s report was subsequently denied — until now.

In a PEOPLE cover story last October, Arquette, 32, and Cox, 39, who married in 1999, discussed their ongoing attempts at having a child, with Cox admitting: “I get pregnant pretty easily, but I have a hard time keeping them.”

Despite having miscarried “quite a few times,” Cox said, she and Arquette “bounce back pretty quickly. I don’t say it’s a walk in the park. But what are you going to do? We just try again.”

Their first round of in vitro fertilization was “nerve-racking,” Arquette told the magazine. His usual playful spirit could not block the frustration and tears after each miscarriage. “I feel terrible that she has to go through so much,” he said.

At the time, the couple was even said to be cautiously optimistic about trying in vitro fertilization again.

“It’s a fact that after a certain age you have less of a chance,” said Cox, who, along with Arquette, was reportedly not ready to discuss possibilities such as surrogacy or adopting.

But nothing, Arquette insisted, was out of the question: “We’ll look into any option we need to in the future,” she said optimistically.

WEEK IN REVIEW: Cash and Carrey in '03 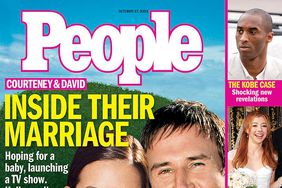 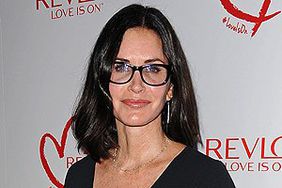 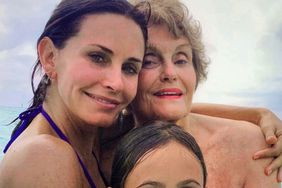 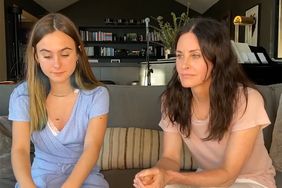