The actress hasn't confirmed it, but the restaurant has: She married psychologist Lara Embry on Memorial Day

It looks like Jane Lynch has something to be extra Gleeful about.

Although the actress hasn’t made an official announcement, the Blue Heron restaurant in Sunderland, Mass., reports that Lynch, 49, married psychologist Lara Embry in a small ceremony on Memorial Day.

“There were no celebrities or recognizable faces there,” restaurant co-owner Deborah Snow tells PEOPLE. “Lara s daughter was there, along with close, close friends of the couple. It was small, warm, intimate and very sweet. You could feel the love and friendship amongst the group.”

After Monday’s ceremony, in which a friend of Lynch’s thanked the State of Massachusetts for being welcoming to gay and lesbian couples, the newlyweds and their 19 guests enjoyed a reception featuring a four-piece jazz combo.

The reception concluded around 10 p.m. with cheese plates and a house-made cake filled with chocolate mousse, vanilla butter cream and fresh strawberries.

Lynch and Embry have been engaged since November. Showing a soft spot not often exhibited by her character Sue Sylvester, Lynch gushed to PEOPLE earlier this year: “It’s just the greatest thrill in the world to find somebody that you want to be with every day.” 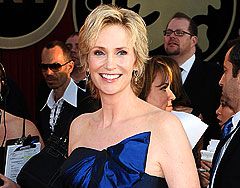 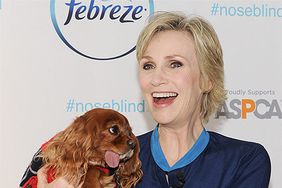 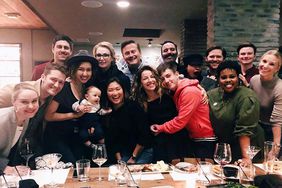