Popular YouTube family the Bratayleys – who have amassed nearly 3 million subscribers for their videos depicting a fun-loving, homespun approach to everyday life – were dealt a devastating blow in October when their 13-year-old son Caleb died suddenly.

After Caleb’s shocking death, the family of vloggers took a break from their daily YouTube videos. However, they did eventually return to social media, saying that they wanted to focus on the “celebration of life” and not on their private grief over Caleb.

The Bratayley family – which includes mom Katie, dad Billy and daughters Annie and Hayley – will also be traveling to Anaheim, California, this week to attend VidCon. As we prepare for their appearance at the annual social media influencer-fest, here are fives things to know about the resilient family.

WATCH: YouTube Stars the Bratayley family Speak Out After Losing Their 13-Year-Old Son

After first announcing the news on Instagram, the family confirmed that Caleb had passed in one of their daily vlogs, showing Caleb asking questions to his “future self.”

The name “Bratayley” came from a nickname for Hayley, who originally started the channel. (The name is a cheeky combination of “brat” and “Hayley.”) However, the Bratayley account quickly got taken over by the entire family and the name stuck.

3. The kids are all homeschooled.

Part of the Bratayleys’ charm and success is that their children are homeschooled, and are therefor around to have their daily activities documented by mom and dad. Mom Katie even posted a “First Day of School” video, which opens with daughter Hayley jumping around and around the couch and “doing school” at the same time.

Many of the family’s videos consist of them attending gymnastics practice and meet for Annie, 10. She is a Level 7 gymnast and has her own popular YouTube channel, Acroanna, which has over 770,000 subscribers.

Gymnastics is clearly more than a hobby for Annie. Her channel includes videos of her doing gymnast Shawn Johnson’s makeup. (The gold-medalist returned the favor by doing Annie’s makeup in a video for her own YouTube channel.)

5. They’ve dealt with tragedy before.

Sadly, Caleb’s death was not the first time that the family had to cope with a child’s death. Back in October 2013, the Bratayley’s announced that their cousin, David Cooper, had died unexpectedly at the age of 10.

While the family never addressed how David died, it was later confirmed that he had died from hanging. The Bratyleys and David’s friends and family met up in May 2014 to honor his memory with a special balloon release.

If you’re heading to VidCon this week, be sure to check out our Q&A with the Bratayleys at the Instant Interview Stage by PEOPLE/EW on Saturday. 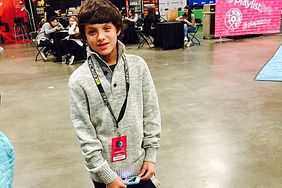 Caleb Logan Bratayley's Family Honors Late Teen on His Birthday: 'I Will Hold You in My Heart Forever,' Says Dad 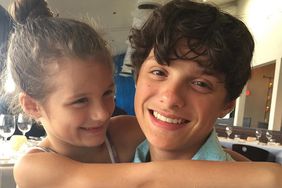 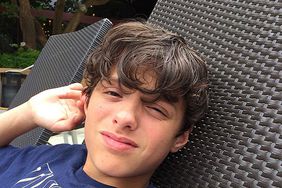