When you can't stand the heat, take off your shirt! The actor, TV host and model does just that while taking a phone call in New York City.

Well, howdy! The Dallas star shows off his fit physique (and trades in his slicked-back TV hair for loose-flowing waves) on a run in West Hollywood.

He's put his hard-partying days behind him, but the chiseled High School Musical grad is every inch the handsome bad boy while filming a flirty backyard barbecue scene for his recent movie Neighbors.

Even Selena Gomez admits she was starstruck when she met the former Sexiest Man Alive! Watching The Hangover star emerge from the surf in Brazil, we can see why!

Out to prove he has as much star quality as famous dad Clint Eastwood, the rising star definitely has our attention after this sexy shoot for a 2013 issue of Town amp Country.

"I never do this but... Healthy living and fitness update," wrote the youngest Jo Bro about his buff bod, when he shared this smoking-hot Instagram "Post workout picture."

Enviable abs must be in the genes for the superfit Dancing with the Stars brothers, who enjoy some pool party downtime at the Aria Resort amp Casino in Las Vegas.

Look what he's been hiding under all those wooly medieval costumes on Game of Thrones! The British actor lets his impressive six-pack do the talking in his recent movie, Pompeii.

The budding shows off his model-worthy physique while strutting his stuff in the Miami Beach surf.

O Romeo, Romeo! Wherefore art thou, Romeo? Bloom, who captivated audiences in the Broadway production of Romeo and Juliet, turns even more heads while strolling shirtless on the streets of N.Y.C.

The Criminal Minds actor finds a new workout buddy on Miami Beach, flexing his assets alongside a tiny fan.

The sporty One Direction singer flashes his eye-catching body art – and his rock-hard abs – during a game of beach volleyball in Australia.

The Man of Steel star proves he doesn’t need any special effects to look like a bona fide Superman after a swim in the ocean in Spain.

The Hunger Games hottie accessorizes his six-pack with his surfboard while catching some waves in Costa Rica. 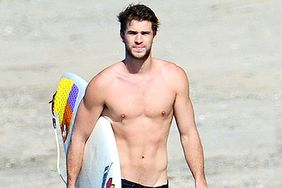 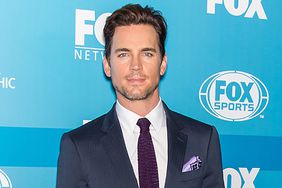 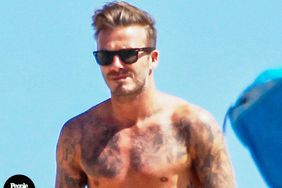