12 TV Shockers That Had Jaws Dropping

The Sopranos went out with a bada-wha?, a Desperate Housewife got hung up and the other scenes that had you glued to the tube. By Julia Wang

The Shocker: Burke leaves Cristina at the altar
It's no secret the writers of Grey's had to write out Isaiah Washington's character Burke after the actor was let go from the show. And out Burke went in spectacular fashion, dumping Cristina at the chapel minutes before their wedding. It gave us one of GAs best scenes: Yang's breakdown as she yanks off her wedding dress, yelling, "I'm free!"

The Shocker: The series finale
After six seasons of therapy, extortion and Mob hits, the end finally came for Jersey crime boss Tony Soprano with a cut – to black, leaving fans wondering if their TiVo had malfunctioned as la famiglia sat down for dinner. So did they get whacked, or did life go on? No one's saying, but YouTube spoofs and message boards took the brunt of viewers' disappointment.

The Shocker: Edie attempts suicide
Talk about a cliffhanger! Just as Edie Britt was turning into a kinder, gentler housewife, she literally left her life hanging in the balance with a suicide attempt on the season finale of Desperate Housewives. Thanks to Carlos (now emotionally blackmailed back into a relationship with her), Edie survives to plot another day.

DANCING WITH THE STARS

The Shocker: Marie Osmond collapses
Most DWTS fans would agree: Season 5 has had its share of jaw-dropping surprises, but none so dramatic as Marie Osmond's fainting spell after a spirited Samba routine with partner Jonathan Roberts. But ever the consummate entertainer, Osmond's first words after realizing she'd fainted on live television were "Oh, crap!"

The Shocker: Santos is shot dead
The ABC telenovela didn't disappoint with the melodrama in its season finale, but the biggest mindfreak came in the next season's opener: After Santos is shot – and seemingly killed – in a hold-up, fiancée Hilde is seen back in his arms as he recovers, listening to his planned vows. But just as amazing and happy as it was to see him on the mend, it was just as gripping (and sad) to see Hilde wake from her dream – alone.

The Shocker: Dr. Sara is delivered DOA
Can't these brothers catch a break? While Michael (Wentworth Miller) tries to survive inside a Panamanian prison, his brother Lincoln (Dominic Purcell) has to deal with some gruesome realities on the outside. In a scene right out of Seven, Lincoln discovers the severed head of Michael's girlfriend, Sara, in a big white box leaking blood.

The Shocker: Melinda Doolittle doesn't make the finale
Considered season six's frontrunner, the 29-year-old backup singer from Brentwood, Tenn., won over all three Idol judges with her powerhouse voice and her trademark modesty. But after nearly 60 million call-ins were tallied, America voted Doolittle off the show, leaving Jordin Sparks and dark horse Blake Lewis to go head-to-head for the title.

The Shocker: Jack and Kate are off the island?!
In the season finale of Lost, fans expecting a flashback got something altogether unexpected – a flash forward ... Off. The. Island! And the future looked bleak: a suicidal, drug addicted Jack was looking for a way to get back onto the island and back to Kate. Was this reality? Or just foreshadowing? Lost fans will have to wait till January to find out.

The Shocker: LC and Heidi's showdown at Les Deux
What a way to kick off season 3! After losing Heidi to Spencer, Lauren has run-in with her former roomie at hot spot Les Deux, where she confronts Heidi about spreading nasty sex tape rumors about her. The dramatic showdown ends with LC screaming, "You're a sad, pathetic person!" before storming out of the club.

The Shocker: Hung comes out on Top
He may not have won over fans, but in the end 29-year-old Las Vegas resident Hung Huynh cut down fellow competitors Dale Levitski and Casey Thompson to win the hard-boiled culinary competition. "I wasn't there to make best friends," Hung told PEOPLE, but his "sophisticated" hamachi and "Michelin quality" duck certainly won over the judges' palates.

The Shocker: Dr. House's death
Leave it to the House to push the boundaries of medicine – even using himself as a test subject. He electrocutes himself to see what happens in the moments when people hover between life and death. Lucky for us, the brilliant diagnostician is soon back to his old self, even mockingly telling pal Dr. Wilson (Robert Sean Leonard) "I love you."

The Shocker: Jim asks Pam on a date
It was the moment Dunder Mifflin fans have been waiting for: after a season of watching the Jim-Karen-Pam love triangle unfold, Pam and Jim finally confront their feelings for each other in the season finale. As Pam claims in her confessional that all she wants is for Jim to be happy, Jim interrupts to ask her out to dinner. Awww! 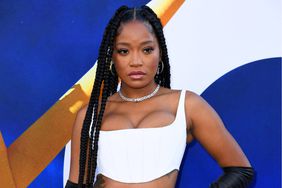 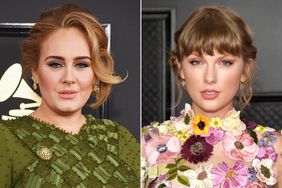