10 Ways Stars Bounce Back from Breakup

From getting pampered to finding a new boy toy, see how Jessica Simpson, Kim Kardashian and other suddenly single ladies are moving on

When times get tough, the tough go shopping! Just more than a month after her split from boyfriend Doug Reinhardt, Paris Hilton celebrates her single status with a little retail therapy on July 29 alongside little sis Nicky at Barneys New York in Beverly Hills.

Three days after announcing her breakup from New Orleans Saints running back Reggie Bush, Kim Kardashian takes some time out for herself, getting a mani-pedi in Beverly Hills on July 27.

Who needs a guy when you've got man's best friend? After her recent split from Dallas Cowboys quarterback Tony Romo, Jessica Simpson finds comfort in a playdate at a Santa Monica park with longtime stylist pal Ken Paves (not pictured) and his pet pups on Aug. 3.

Keeping her mind off her ex Trace Cyrus, Demi Lovato busies herself with what she knows well – work! Following news of their breakup, the Disney Channel star happily signed autographs for fans Aug. 2 while promoting the release her sophomore album, Here We Go Again, in Orlando.

Get fit and feel great! The newly single Kim Kardashian shows off her power moves on July 30 in Malibu while promoting her exercise series, Fit in Your Jeans by Friday.

After calling it quits with beau Justin Gaston, Miley Cyrus makes waves during a joy ride with a gal pal in Savannah, Ga., in June, where she was shooting her new movie The Last Song.

What better way to get over an ex than by snagging a new guy! After splitting from longtime boyfriend Jared Murillo, Ashley Tisdale found a warm-weather companion in music-video director Scott Speer. The High School Musical star even rang in her 24th birthday with her buff new friend on July 2 in Hawaii.

After an in June with boyfriend Nick Lachey, Vanessa Minnillo keeps good company with friends, making a lunch date with a guy pal at the Aroma Café in Studio City, Calif.

She's not sitting at home with a tub of Häagen- Dazs! While she may be feeling the breakup blues, Jessica Simpson finds a happy distraction in a recent late-night dinner date with little sis Ashlee Simpson-Wentz at L.A. eatery Katsuya.

1. HOOK BACK UP WITH YOUR EX

For some stars, breakups just bring a chance for makeups! Paris Hilton reconnects with her on-again ex, Doug Reinhardt, for an island getaway to Fiji on Aug. 9. It's smooth sailing – at least for now! 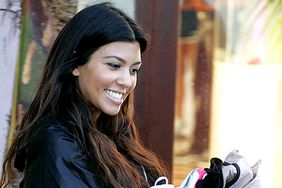