10 Things to Love About Jake

From his ultra-fit body to his keen mind, find out why the Brokeback star gets pulses racing. By Serena Kappes

Gyllenhaal didn't worry about his heartthrob image when he accepted the role of a cowboy who falls in love with Heath Ledger's character (left) in Brokeback Mountain. "Anybody would be stupid to pass up a role in which you're going to be guided by the words of a great story," he told Premiere.

Gyllenhaal, 25, jokes that developing his ripped physique – for the Marine movie Jarhead – took little more than sleeping. "The day after I was cast, something happened, and I was huge," the actor says. But seriously: It's really thanks to a grueling regimen that included running and swimming. "Then we went to boot camp," he says.

"I like to think of myself as his Mrs. Robinson," Jennifer Aniston, Gyllenhaal's costar in 2002's The Good Girl, said when handing out his breakthrough-acting honor at 2005's Hollywood Film Festival (left). Meanwhile, Susan Sarandon, his costar in '02's Moonlight Mile, says he has "dreamy eyes," and his love interest in that film, Grey's Anatomy star Ellen Pompeo, calls him "delicious."

Gyllenhaal's look is classic – a blazer paired with jeans; a suit at the Hollywood premiere of Jarhead – with a rumpled edge, namely those devil-may-care tousled locks. However, he'd beg to differ: "I have the most horrible haircuts in my movies," he says.

Though they officially broke up last year, Gyllenhaal and Kirsten Dunst remain on friendly terms: The pair, who once exchanged promise rings and shared a $1.7 million L.A. home, have often been spotted hanging together. And when he's with her, Gyllenhaal caters to his girl (left, at a Hollywood hotel).

Whether he's hitting the surf in Malibu or hitting a fly ball at the batting cages, Gyllenhaal is a natural-born athlete. "Exercise is a natural high," he says. He also loves to hit the road. "I'm a big bike rider. I've been inspired by Lance Armstrong."

Gyllenhaal has opened his heart to several furry friends: The actor and Dunst share custody of German shepherd mix Atticus, a pup they adopted from the animal rescue group New Leash on Life, and he recently added puggle Boo Radley (left) to his brood.

Gyllenhaal, who graduated from L.A.'s Harvard-Westlake School in 1998, studied Eastern religion at New York's Columbia University for two years. And while he'd like to finish his degree one day, for now he's keeping his mind open with nonfiction books such as Salt: A World History. "I have a weird fascination with specifics," he says. "I like the idea of learning a lot about one thing."

Show business is in his blood: Gyllenhaal's father is director Stephen Gyllenhaal, mom is screenwriter Naomi Foner, and he followed sister Maggie into acting. Plus, his godmother is Jamie Lee Curtis, and Paul Newman gave him driving lessons on a racetrack when he was a teen. Still, he's never taken his family ties for granted. "There's a humility to him," says his Moonlight Mile director, Brad Silberling.

Gyllenhaal doesn't resent being in the spotlight. "You're at premieres, people are taking your picture. It's totally fun," he says. And he lacks pretentiousness. "He's so cool and normal, funny and down to earth," says his Day After Tomorrow costar Emmy Rossum. "He's fantastic."

What Makes Them Sexy? 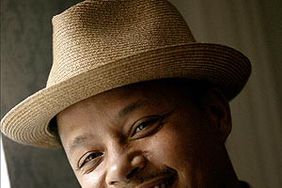