10 Celebs Who Started from the Bottom and Now They Here

Stars discuss starting their career and finding their hustle

The biggest superstars in the world need no introduction, but they weren’t always so recognizable — or successful. Behind every A-list career is years of hustle and determination. Need some inspo to kickstart the next stage of your life? Check out what 10 of the world’s most massive superstars have to say about their humble beginnings.

“I thought, ‘Oh, awesome, I’m gonna get to deal with Universal!’” Taylor recalled to Entertainment Weekly in 2008. “I get this call a couple of weeks later, after I do this showcase, and Scott [Borchetta]’s onboard and everything’s rocking. He goes, ‘I have good news and bad news. The good news is I want to sign you, and the bad news is I’m not gonna be with Universal Records anymore.’

Because he was leaving to start up this whole new record label … They only had 10 employees at the record label to start out with, so when they were releasing my first single, my mom and I came in to help stuff the CD singles into envelopes to send to radio. We sat out on the floor and did it because there wasn’t furniture at the label yet.”

“I was in New York, just watching street dancing, and this model scout asked if he could take a picture,” Jennifer recalled to Vanity Fair. “I had no idea that was creepy. So I was like, ‘Yeah, sure,’ and I gave him my mom’s phone number. And then he called and said all these agents wanted to meet, and we were like, ‘Might as well.’

I was playing field hockey and cheerleading and wanted to be a doctor — but within 20 minutes, in the cab ride from the hotel room, I decided I didn’t want to be a model, that, in fact, I wanted to be an actress, and I would only sign with an agency if they would let me audition for commercials and act as well.

I don’t know where that came from. And one of them gave me a script to audition the next day, and I read the script and it was the first time I had that feeling, like, I understand this. This is the first time I’ve ever understood anything. I was 14. And my brothers were star athletes. And one of them was a straight-A student. I always felt like I sucked at everything, that I could never find the thing that I liked. I auditioned and I probably sucked, but I had decided 100 percent that this is what I wanted to do. And, fortunately, my mother and I had fallen in love with New York, so the idea of living there for the summer wasn’t as scary.”

“If I want to learn something, I basically just do it until I perfect it,” Justin told MTV in 2009. “I started playing drums at 2 years old, piano at 5, guitar at 7. I really taught myself how to do it. I definitely consider myself a determined and hard-working guy.”

At age 9, Beyoncé performed on Star Search as part of the Girl’s Tyme. While making her self-titled album, she reflected on the important lesson she learned when the group was beat out by their competitor. “You can work super hard and give everything you have, and lose. It was the best message for me.”

“It was the choice between staying in school, going to university and trying to get a job, or dropping out and seeing if the music thing would work,” Ed told Faze. “From the age of 16, I had to take it very seriously because it was the only thing that I was doing at that time.”

In a 2013 interview with NPR, Justin reflected back on the formation of ‘NSYNC. “Everything that we did was based around a cappella harmonies,” he said. “That’s what we wanted to be in the beginning — an a cappella group. So that is why we put five guys in the group. When we were forming the group, there wasn’t a boy-band phenomenon. Nirvana and Pearl Jam were probably the top two acts in the world at the time, so we never knew at what capacity everything was going to work out for us. I don’t think we thought it was going to be as big as it became.”

“I had a vision for myself and felt I wasn’t allowed to express it, because people always want to tell you, ‘Do it like this, don’t do that, you should do this, you can’t do that,” she told the Telegraph. “So I did feel like I had to control it. I had to claim my space,” she says. “It was about demanding respect, saying, ‘Here’s what I want’, and pushing people as opposed to being pushed around. I found that if you acted like you knew what you were doing, people would believe you knew what you were doing.”

“This year is when I really started feeling powerful,” Selena told Seventeen in 2014. “I had always been the underdog secretly. I was on Disney when it was Miley [Cyrus], the Jonas Brothers and Demi [Lovato]. I questioned the way I looked, acted, sang and wrote. Then I turned 20, went through a really bad breakup, and realized I needed to have ‘Come & Get It’ be amazing. I wanted it all to be me. I’m glad it’s taken me this long to get where I am because now I am ready for it.”

“From a very young age I remember watching the show and being completely fascinated,” Bruno told Blues & Soul. “You know, my uncle would be up there playing guitar, my dad would be up there conducting the whole show, my mom would be singing out. And I’d be like, ‘I wanna go up there, too!’ So, from the moment my dad started allowing me onstage, I became a ham.” 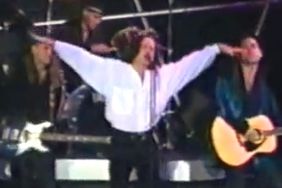 Skeleton Crew: Meet the Band Who Beat a Young Beyoncé on 'Star Search' 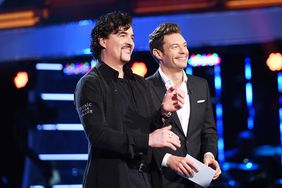