Jessica's thankful to pass "airport check," plus more from Joel Madden, Katy Perry and others

"I walk through an airport and people go, 'You're not fat!' I'm like, 'Thanks. Thanks. That’s great. Good to know I’m not fat today. Thank you!'"
– Jessica Simpson, making light of the comments about her weight, to Allure magazine

"You're not watching TV, honey. It's a live show."
– Adam Lambert, stopping mid-song to ask a member of the audience to get off her cell phone, at his iheartradio secret show at New York's P.C. Richard amp Son Theater

"I was nervous last night. So I Pledged [as in Lemon Pledge] everything in my room. Some people eat, some people drink – but I Pledge everything."
– U.S. figure skater Johnny Weir, sharing his warm-up routine before Tuesday night's men's short program at the 2010 Winter Olympic Games, to PEOPLE

"Sometimes I really feel like I'm more of a Taylor Swift... Love has really affected my songwriting. I know how to handle a man now."
– Katy Perry, on the evolution of her music since falling for fiancé Russell Brand, to Nylon magazine

"I saw someone bigger than me on THAT flight! But I wasn't about to throw a fellow Fatty under the plane as I'm being profiled. But he & I made eye contact, & he was like 'Please don't tell...'"
– Kevin Smith, after being kicked off a Southwest Air flight for being too fat, on Twitter

"I've already got an Oscar. I've got a couple of them."
– Avatar director James Cameron, on why he will not be a sore loser at this year's Academy Awards, on The Charlie Rose Show

"Yeah we've been engaged for a while so your (sic) all kind of late on that. But Thanks for the hooplah (sic) all the same."
– Joel Madden, after news broke that he and girlfriend Nicole Richie will be getting married, on Twitter

"It's like kind of giving birth. You give it out to the world and they either become a juvenile delinquent or the next President of the United States."
– Leonardo DiCaprio, equating the success or failure of his films to childbirth, to ABC News Nightline

"She's pretty much retired me."
– R&B singer Akon, on hitting the jackpot by signing Lady Gaga to his record label prior to her mega success, to The Huffington Post

"I think Jesus was a compassionate, super-intelligent gay man who understood human problems."
– Elton John, giving his own take on Christianity, to Parade magazine 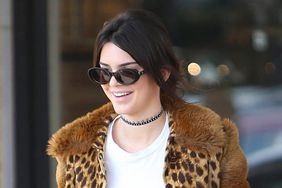