"Call me Mr. Moore. I've been called a lot worse."
– Ashton Kutcher, responding to rumors that is wife Demi might take his last name, to PEOPLE

"Abs are for people with no friends."
– Eric Bana, explaining that there are other things he'd rather do than crunches, to Access Hollywood

"I'm trying to think of what I'm ashamed of. But, damn, I don't really have any shame."
– Gossip Girl star Leighton Meester, on her lack of guilty pleasures, to Harper's Bazaar

"I liked my hair long because I wanted to look like Mel Gibson in Lethal Weapon. I didn't even know I had a mullet!"
– Mario Lopez, on his look as A.C. Slater on Saved by the Bell, to PEOPLE

"They called me evil, mean and [a] plastic surgery whore and disgusting. I kept saying to myself, 'How do they know so much about me?'"
– Joan Rivers, on her Comedy Central roast, which airs on August 9, to PEOPLE

"There's no negative slant. It's a word of empowerment. Cougars are great!"
– Sugar Ray's Mark McGrath, on using the term in the title of his band's new album, Music for Cougars, to PEOPLE

"As long as I don't break the camera, I'll be fine."
– Susan Boyle, during her glamorous photo shoot with Harper's Bazaar

"It's getting really SampM."
– Adam Lambert, on the unique objects fans have been throwing to him onstage during the Idols Live Tour, to Eonline.com

"We are sexy, we are classy, and we are 100 percent New Jersey!"
– Jamie-Lynn Sigler, doing her best "real" New Jersey housewife impersonation, in a spoof video for Funnyordie.com

"David Beckham, I know you hear me. Don't be scared, don't make me call u out. Don't make me Tweet to two million people that yur scared of Shaq."
– Shaquille O’Neal, trying to bully the soccer star into appearing on his new reality show Shaq Vs., on Twitter 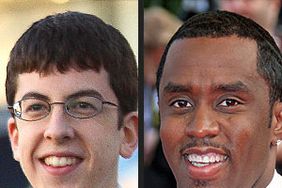 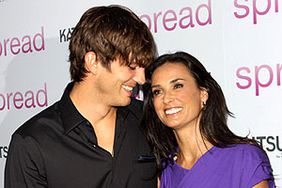 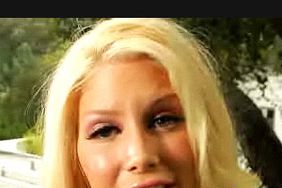