Though the gift was Tabitha’s idea, the headlines led with Stephen’s name — and only addressed her as his “wife.”

“My wife is rightly pissed by headlines like this: ‘Stephen King and his wife donate $1.25M to New England Historic Genealogical Society,'” Stephen, 71, wrote on Twitter on Thursday. “The gift was her original idea, and she has a name: TABITHA KING. Her response follows.”

Tabitha then released her fiery — and funny — statement in a series of tweets on her husband’s Twitter account.

Dear Editors (married to a wife or a husband):

In recent media coverage of a gift that my husband (ironic usage) and I made to the New England Historical and Genealogical Society, we became Stephen King and his wife. Wife is a relationship or status. It is not an identity.

I’m seventy. I thought I would give you permission, if “OfTabitha” predeceases me, to title my obituary, Relick of Stephen King. In the meantime, you might consider the unconscious condescension in your style book, and give women their names.

News outlets often run with Stephen’s name as the lead because he’s so well-known. A prolific writer, many of Stephen’s best-selling thrillers like Carrie and The Shining have been adapted into films.

But Tabitha is an established author in her own right. She first began her writing career when she was in her early 30s, after spending a decade supporting her husband’s career. Since then, Tabitha has penned a number of books, including Small World, Survivor and The Book of Reuben.

The Kings married in 1971. Together, they have three adult children — Naomi Rachel, Joe Hill and Owen Phillip — and four grandchildren. When they’re not busy writing or spending time with their family, the couple oversees their own non-profit, The Stephen and Tabitha King Foundation, which supports local communities in their home state of Maine.

RELATED VIDEO: Gillette Releases a #MeToo Ad Encouraging Men to Do Better — But Not Everyone Is Impressed

Their most recent donation to the New England Historic Genealogical Society will help establish more educational programming, expand the headquarters and back a curriculum in family history at public schools, according to the Associated Press.

The Kings have pursued philanthropic work for a long time, but they’ve supported each other even longer.

“I put 10 years into helping [Stephen’s] career,” Tabitha told PEOPLE in May 1981, “so if his name helps me with mine, I think it’s legitimate.”

Tabitha admitted she can’t keep up with Stephen in terms of volume (“I’d be nuts to compete with him,” she said. “He’s like a river to my faucet.”). But there’s no denying her talent.

“I knew she could write poetry,” Stephen said about her first book, Small World, during the same interview, “but I never guessed she could write such a good novel right out of the box.”

For Years, Stephen King's Firestarter Was Wife Tabitha; Now She Burns to Write, Too 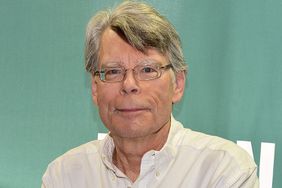 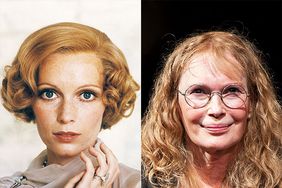 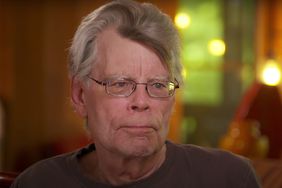 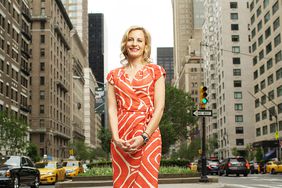