As the holidays approach, Tuesdays With Morrie author Mitch Albom and his wife Janine can’t help but think about Chika — the little girl who lived in their orphanage in Haiti until a deadly brain tumor sent them on a two-year journey for a cure in the U.S. After a hard-fought battle, Chika died at the age of 7 on April 7, 2017, but that hasn’t stopped them from remaining a family.

In his new memoir, Finding Chika: A Little Girl, an Earthquake, and the Making of a Family, which was released in November, Albom celebrates the child he loved like a daughter. He also shares the enduring lessons she taught him.

“Families are like pieces of art, they can be made from a lot of different substances and they can come together in a lot of different ways. They can be blended, they can be adopted, fostered, traditional,” Albom tells PEOPLE in an interview. “[My wife Janine and I] were in our late fifties and suddenly we had a 5-year-old living at the base of our bed. We were a sudden family, but I think that there are endless ways to make families. The only real ingredient you have to have is love.”

Albom first decided to take over the Have Faith Haiti Mission & Orphanage after an earthquake devastated Haiti in January 2010. Albom makes a habit of visiting the orphanage every month, and while he loves and cares for all of the children there (today there are 52 children), Chika stood out to him from the beginning. She came to the orphanage after her mother died giving birth to her brother. Chika was just three years old, but captivated the Alboms with her big personality.

Two years later, when Albom got the call that Chika was sick and needed medical treatment, he quickly brought her to the States. She was eventually diagnosed with a brain tumor and was only given months to live. With the Alboms guiding the way, Chika lived much longer. But the journey wasn’t easy, Albom explains.

“The toughest thing was that so many doctors had just accepted the inevitability of her death,” he says. “And for a parent, whatever we were to her, someone who loves a child, when it’s your child, that is never inevitable. It was unimaginable.”

Chika eventually lost the ability to walk, but she never lost her spirit. Albom says that one of the biggest lessons he learned from Chika was to prioritize his kids before himself.

Even though Chika died more than two years ago, the Alboms still miss her dearly.

“I miss her spirit, her curiosity,” he says. “I miss the way that she’d yell out the window at the squirrels she saw in the trees because she couldn’t understand why they couldn’t hear her. I miss the way that she would make up lyrics to songs. Then, when we would tell her those weren’t the right words, she’d say, ‘It’s my mouth, I can do what I want.’ ”

Work at the orphanage has helped ease the ache of loss. Two of Chika’s siblings, her little brother and her older sister, live there now.

Finding Chika is on sale now. All proceeds from book sales will go towards the orphanage. 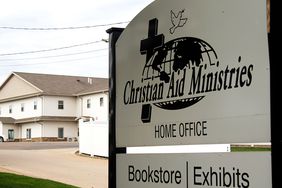 17 Missionaries from the U.S. and Canada Have Been Kidnapped in Haiti, Ministry Says 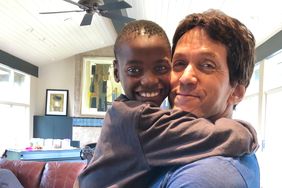 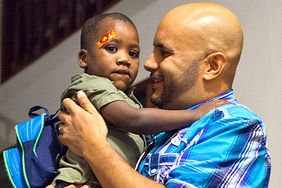 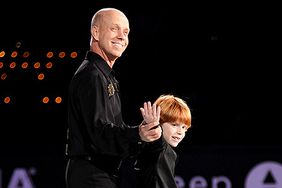