Greenlights will be released on October 20

Matthew McConaughey can now add "author" to his impressive resume.

The Oscar-winning actor, 50, announced on social media Wednesday that he is releasing his first memoir, Greenlights, inspired by personal writings he's penned throughout his life.

"So, ever since I learned to write, I've been keeping a journal, writing down anything that turned me on, turned me off, made me laugh, made me cry, made me question, or kept me up at night," McConaughey said in an Instagram video on Wednesday.

"Two years ago, I worked up the courage to take all of those journals off into solitary confinement just to see what the hell I had. And I returned with a book," he added, showing off the physical copy of his upcoming book, which features a black-and-white portrait of the actor on the cover.

"This is my sights and seens, nices and means, successes and failures," the Dallas Buyers Club actor said of his memoir. "Stories, people, places, prayers, prescribes, and a whole lot of bumper stickers."

He continued: "It's called Greenlights because its a story about how I have, and we all can catch more of them in this life we're living. We don't like the red and yellow lights because they take up our time, right? But when we realize that they all eventually turn green, that's when they reveal their rhyme. That's when life's a poem and we start getting what we want and what we need. I call that the honey hole, a little place called heaven on Earth."

Al Roker’s New Book, You Look So Much Better in Person, Is a Guide for 'Happiness and Success'

In a statement to The Hollywood Reporter, McConaughey described the upcoming memoir as "an album, a record, a story of my life so far."

"Hopefully, it’s medicine that tastes good, a couple of aspirin instead of the infirmary, a spaceship to Mars without needing your pilot’s license, going to church without having to be born again, and laughing through the tears," he said.

Greenlights will be released on October 20 and is available for preorder now. 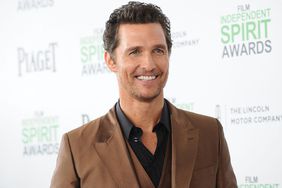 Matthew McConaughey Says He Turned Down $14.5 Million to Avoid Making Another Rom-Com in 2010 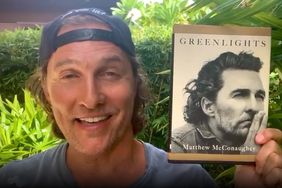 Matthew McConaughey on His Memoir Writing Process: 52 Days Alone in the Desert (Without Electricity!) 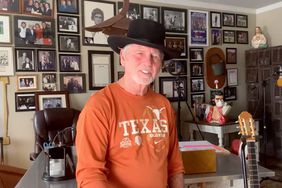 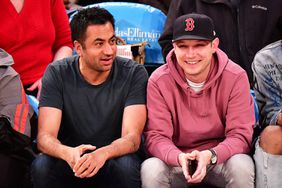