Mario Lopez Reveals the Truth About His First Marriage

"I know I made my share of mistakes, and sometimes big ones," Lopez tells PEOPLE

Mario Lopez may be a happily married man these days, but his road to monogamy was certainly long and winding.

“I know I made my share of mistakes, and sometimes big ones,” the Extra host tells PEOPLE of his life as a ladies’ man before marrying Courtney Mazza in 2012. “I had to learn all my lessons the hard way.”

Lopez has now chronicled some of those mistakes in a new memoir, Just Between Us, in which he admits sex was once his “drug of choice” and also opens up about his two-week marriage to Ali Landry in 2004.

“I started having sex so young. The day before my 13th birthday,” he says. “Now that I’m a dad, I look back and I think, ‘Oh my God!’ But you’ve got to understand, when you’re growing up in the hood, everybody grows up fast.”

Lopez, 40, also reveals that he almost became a father in his teens.

“I could have a kid who is 25 years old. That’s unbelievable,” says Lopez, who says he offered to get a full-time job and was prepared to support the child and mother but that the pregnancy was ultimately terminated.

Lopez also chronicles his “preteen romance” with his Kids, Incorporated costar Stacy Ferguson, aka Fergie, who he says was his first kiss; his relationships with his Saved by the Bell costar Tiffani Thiessen and a “pop star” he declines to name; and his brief marriage to Landry.

“I had never addressed certain relationships, especially the truth and the handling of what happened in my first marriage,” Lopez says. He and the former Miss USA split less than two weeks after a romantic wedding in Mexico after Landry confronted him about photos of him and another woman at his bachelor party.

“I got inebriated and a little too friendly with a young lady,” Lopez writes in his book. “When it was time to return home, lightning hit me with the truth: I wasn’t in love. But I walked down the aisle [anyway]. Ali was hurt and angry, rightfully so.”

And while many people prefer to hide their past relationships from their significant others, Lopez says he is an open book with Mazza.

“If I thought for a second it would have made her uncomfortable or that I was disrespecting her in any way, I wouldn’t have done it,” Lopez says of his new revelations. “But she is very comfortable in her own skin and in our relationship, so I didn’t really have any qualms – except she keeps hitting me up with, ‘Who’s that pop star?’ ”

Mario Lopez: What Would Slater Be Up to Today? 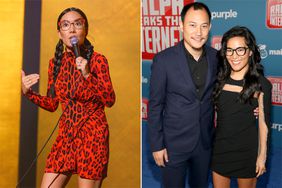 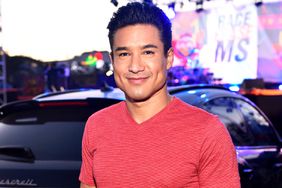