Margaret Atwood on Why 'The Handmaid's Tale' Resonates in the Trump Era: It's 'No Longer a Fantasy Fiction'

Author Margaret Atwood talks to PEOPLE about The Handmaid's Tale, women's rights, and the Trump presidency

Acclaimed author Margaret Atwood is no fan of Donald Trump‘s presidency, but it has been a boon for her — at least in one way. Sales of her 1985 dystopian novel, The Handmaid’s Tale, have shot up since the election, and the new Hulu series it inspired has also amassed a large fan base.

“I’d seen the same [interest in the book] in the last election, when Republicans said things like, ‘It isn’t real rape if a woman gets pregnant.’ Remember that? ‘A woman’s body has a way of shutting that down,’ ” the 77-year-old says in an exclusive interview in this week’s issue of PEOPLE. Her novel is set in what was once the United States — but is now a totalitarian theocracy. In this futuristic state, Handmaids are forced to bear children for barren-upper-class couples.

Atwood says her book resonates with people coping with President Trump’s ascension to the White House — and concerns that he will roll back protections for women.

“It’s a women’s reproductive issue that has already been pushed pretty hard in some states,” she says. Beyond President Trump’s personal attacks on women, he has also threatened to defund Planned Parenthood, and banned funding to international health groups that provide abortions.

Despite any apparent parallels between Atwood’s dystopian universe and the current presidency, she says her book was never intended to be prophetic.

“There’s a precedent in real life for everything in the book,” she says. “I decided not to put anything in that somebody somewhere hadn’t already done. But you write these books so they won’t come true.”

Atwood began writing the book in 1984 in Berlin, when the city was still divided by the Berlin Wall, and she found herself wondering what a totalitarian United States would look like. The Handmaid’s Tale was her answer.

In addition to restricting women’s reproductive rights, the authoritarian state in her novel removes other freedoms.

“No women have outside jobs,” Atwood says. “If you’re going to get women back into the home, which some people still firmly believe is where they belong, how would you do that? All you have to do is remove the rights and freedoms that [women] have fought for and accumulated over the [past] 200 years.”

Including the right to peaceful protest, which is shut down in the novel. After the recent conviction of a Code Pink female protestor who laughed during the confirmation hearing of Jeff Sessions for attorney general, some in the Twittersphere were reminded of Atwood’s tale.

The cast and crew of The Handmaid’s Tale have also noticed the similarities.

“They all woke up in the morning [after the election] and said we’re no longer in a fantasy fiction,” Atwood says.

She hopes the show will “make people more aware” of the dangers of Trump’s America.

“But what they do with that awareness,” she says, “is partly on them and partly up to circumstances.” 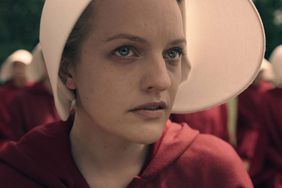 Margaret Atwood on Why Emmy-Winning 'Handmaid's Tale' Resonates in the Trump Era: It's 'No Longer a Fantasy Fiction' 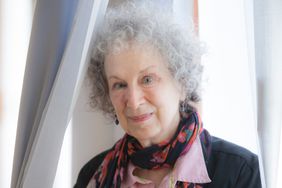 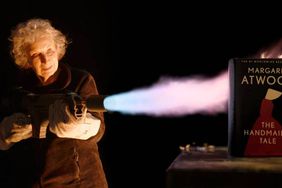 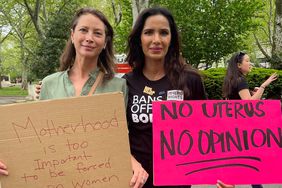 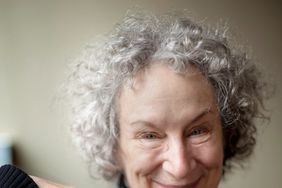 'The Handmaid's Tale' Author Margaret Atwood on #MeToo: 'Believe All Women? I Don't Believe All Anything' 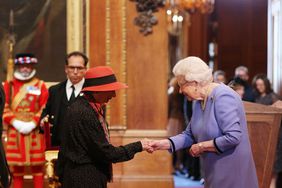 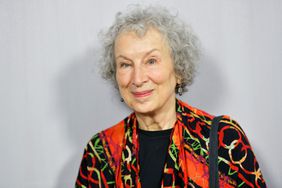