J.K. Rowling donated so much money to charity that in 2012 she demoted herself from billionaire to millionaire

With new additions to J.K. Rowling’s Harry Potter universe on the way, we’re taking a look back on the beloved author’s journey from single mom to literary empress by the numbers – before many of them continue to grow.

PEOPLE broke the news that Rowling’s new series of four original stories, The History of Magic in North America, will be available for free at Pottermore.com. But long before her magical world crossed the pond, it began on a train to London 26 years ago.

4 Hours Delayed on a Train to Fully Form the Harry Potter Concept
In Rowling’s own words: “After a weekend’s flat-hunting, I was traveling back to London on my own on a crowded train, and the idea for Harry Potter simply fell into my head. I had been writing almost continuously since the age of 6 but I had never been so excited about an idea before. To my immense frustration, I didn’t have a pen that worked, and I was too shy to ask anybody if I could borrow one … I simply sat and thought, for four (delayed train) hours, while all the details bubbled up in my brain, and this scrawny, black-haired, bespectacled boy who didn’t know he was a wizard became more and more real to me I began to write Philosopher’s Stone that very evening.”

3 Chapters of Harry Potter Written When She Became a Single Mother
Nine months after the death of her mother in 1991, Rowling moved to Portugal to teach English. She’d completed three chapters of the first Harry Potter book when she gave birth to her daughter Jessica, and moved to Edinburgh, where her sister Di was living, in December of 1993.

Rowling wanted to try her hand at writing crime novels, but being the author of a phenomenally successful children’s book series posed some problems with that. So she published the novels of the Cormoran Strike series under a pseudonym – Robert Galbraith – until she was outed in 2013. “There was a phenomenal amount of pressure that went with being the writer of Harry Potter,” Rowling explained to NPR in 2015. “And that aspect of publishing those books I do not particularly miss. So you can probably understand the appeal of going away and creating something very different, and just letting it stand or fall on its own merits.”

12 Publishing Houses Rejected the First Harry Potter Manuscript
In 2015, Rowling also revealed that the first publisher to turn down HP also sent Galbraith “his rudest rejection.” “They don’t even want me in a beard,” she quipped.

Rowling, who studied both French and classics while at college, drew character names from Latin, ancient Roman, French and in a few cases, flowers.

$1 Billion Net Worth
Rowling’s net worth was estimated at over $1 billion in 2014, though she had to crawl back on the list after donating

$160 Million
to charity in 2012, Forbes reported. That’s right, Rowling donated herself right off the billionaires list. 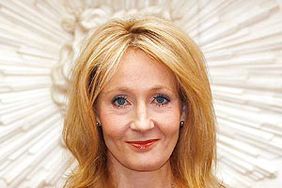 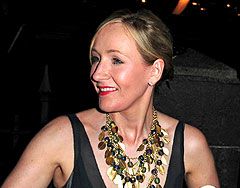 J.K. Rowling Hints to Oprah There Could Be More 'Harry Potter'

The Face of Success